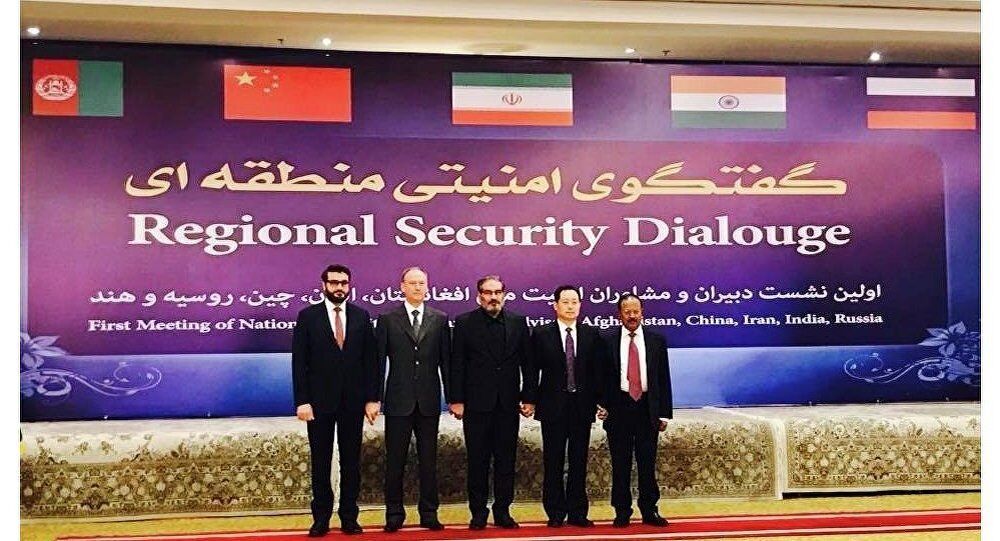 Senior security officials from a number of countries have converged in Tehran where they underlined the necessity of countering common security challenges.

National security advisors and top security authorities from Iran, Russia, China, India, Afghanistan, Tajikistan and Uzbekistan have wound up a day-long meeting focusing on the issue of Afghanistan.

In their final statement, the delegates underlined the need to work out mechanisms for regional cooperation in order to counter common security challenges.

“While being aware that common challenges with a transnational nature such as terrorism, narcotics, organized crime, migration, poverty, low level of education and economic weakness threaten the security of regional countries, the delegates stress that actions taken individually by countries have little effect when it comes to countering these challenges, and draw attention to the necessity of working out mechanisms for regional cooperation to tackle these problems,” read part of the statement.

The statement also highlights the need for collective cooperation to establish and reinforce safe transit routes and develop the necessary infrastructure. The participating countries also underlined the necessity of facilitating trade relations among them and continuing to implement plans to contribute to the reconstruction of Afghanistan.

The delegates emphasized that the Afghanistan issue has no military option.

“The only way wo establish peace and security in Afghanistan is to achieve an intra-Afghan negotiated settlement with the focus being on the ownership and control of Afghanistan,” read part of the statement.

They stressed that the continued presence of foreign troops in Afghanistan is one of the key contributors to the ongoing war and instability in the country, and underlined the need for immediate withdrawal of foreign forces from the country.

The statement further highlighted the importance of energy, reiterating that all member states of the Organization of Petroleum Exporting Countries (OPEC) are entitled to have free access to the energy market in the region.