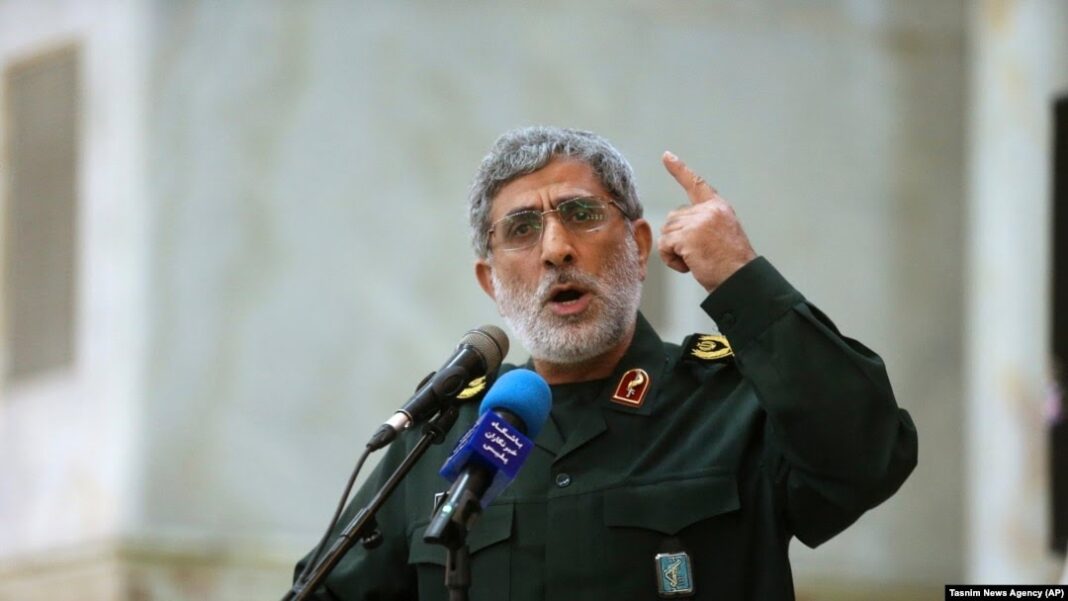 A senior commander of Iran’s Islamic Revolution Guards Corps (IRGC) says ex-US President Donald Trump, who ordered the assassination of Lieutenant General Qassem Soleimani, and his other partners in crime won’t be out of harm’s way.

At a ceremony on Tuesday marking the martyrdom anniversary of his predecessor, Esmail Qa’ani, who heads the IRGC’s Quds Force, said Iran is determined to avenge General Soleimani’s blood “in its own style.”

“Criminal Trump and his overt and covert partners, such as [his foreign minister] Pompeo are known to us. Martyr Soleimani had repeatedly humiliated Pompeo in the region and they thought they had achieved a victory by assassinating him,” he said.

Nevertheless, Trump and his other partners remain “under the magnifying glass” and they will not be safe, he added.

Addressing the Americans, Qa’ani said, “You imagined that you hit and ran, but the Islamic society and the world’s freedom-seekers will take revenge in a way that you won’t forget as long as you’re alive,” he said.

In the wake of Gen. Soleimani’s murder, Iran and other regional nations were seeking the US withdrawal from the region, Qa’ani said. Something worse, however, happened to the Americans and they were instead expelled.

He added that the people of Iraq, where Gen. Soleimani was targeted in a drone strike in early 2020, and the country’s resistance forces will not tolerate the presence of the remaining 2,000 US troops on their soil.