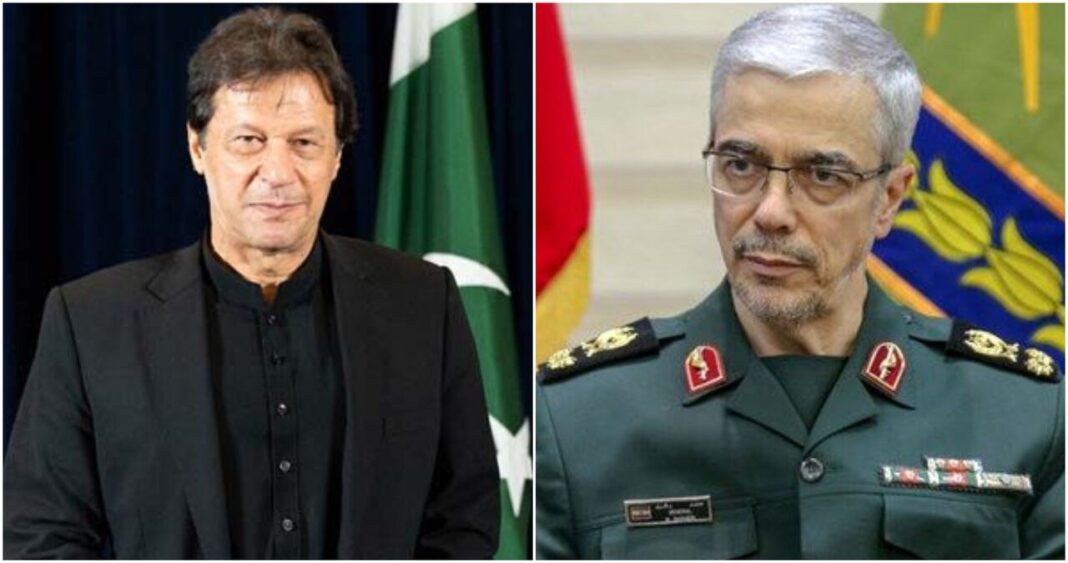 Pakistan’s Prime Minister Imran Khan has reaffirmed his commitment to expanding bilateral relations and cooperation with the Islamic Republic of Iran.

He was speaking in a Wednesday meeting with the Chairman of Iran’s Joint Chiefs of Staff General Mohammad Bagheri.

Imran Khan called the borders of the two countries the borders of “peace and friendship” and stressed that strengthening the security of common borders is very important.

The Pakistani prime minister expressed satisfaction with the presence of the high-ranking Iranian military delegation in Islamabad and highlighted the upward path in bilateral ties.

Imran Khan also spoke of the latest developments in Afghanistan, saying Iran and Pakistan, as Afghanistan’s neighbors, have a direct role to play in peace and stability in the war-torn country.

Major General Mohammad Bagheri also met with General Nadim Reza, Chief of the Joint Chiefs of Staff of the Pakistani Army, to discuss the development of military and defense relations between the two countries. Bagheri and Reza discussed a wide range of issues, including increasing co-operation in border security, counter-terrorism and security co-operation.

Bagheri also examined the strategies for further development and strengthening of relations with Pakistan. The two sides also underlined the need to work together to find common solutions to the challenges facing the Islamic Ummah, especially the issues of Afghanistan, Yemen and many other problems of Muslims that stem from US intervention in other countries.