Time is perfect to cut dependence on oil: Economy minister 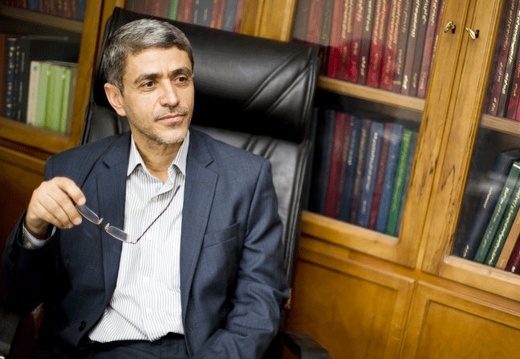 Dr. Ali Tayyebnia said the present juncture offers the best opportunity to reform the economy and cut dependence on oil.

Minister of Economy and Financial Affairs Dr. Ali Tayyebnia has said that reliance on oil and on government are the two main problems of Iran’s economy.

According to a February 22 issue of Ettela’at newspaper, the economy chief made the comment in an interview with Khamenei.ir, the website of the Center for Preserving and Publishing the Works of Grand Ayatollah Seyyed Ali Khamenei. The following is a partial translation of what else he had to say:

Opting for a resistance-based economy is inevitable today. Weaning the economy from its dependence on oil revenues should turn into a national issue with public consensus on its implementation. The present juncture offers the best opportunity to reform the economy and cut dependence on oil.

Dependence on oil is no superficial matter to be settled by short-term decisions; on the contrary, it is a fundamental, structural problem whose impact is evident in all aspects of our social, political and economic life.

To solve the problem of dependence on oil which has furtively found its way into various economic and social institutions, a common understanding of the problem should be developed first.

That should be followed by common resolve among all institutions and officials to make the problem a thing of the past. Joint action and supervision of measures taken to achieve the ultimate goal of cutting dependence on oil revenues should come next.

Low growth, low productivity, economic growth fluctuations and chronic inflation are some of the main problems of the country’s economy.

Over the past 18 months, we have been relatively successful in dealing with sanctions, and economic contraction has been replaced with positive economic growth. Thanks to public contribution and the guidelines of the Supreme Leader we have also managed to contain inflation.

The signal containment of inflation sent to the West was that sanctions could not be as biting as in the past. One of the reasons why the West came to the negotiating table and recognized Iran’s right to peaceful nuclear technology was the relatively successful management of economy and sanctions.

Reformation of an economy does not happen overnight. Still, the reformation process should start in earnest at a certain point in time. Of course, that process might leave a mark on public welfare at first.

We need to accept the realities: Thanks to sanctions our revenues have shrunk and oil exports have been cut in half. Again thanks to sanctions the limited oil revenues we earn are not fully at our disposal. And oil prices have dramatically declined.

Internal and external circumstances suggest that time is right for economic reforms. The Supreme Leader is well versed in economic affairs and is anxious to see the country secure sustainable economic growth based on knowledge and modern technologies.