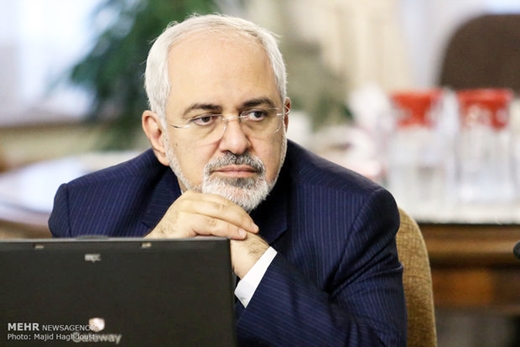 Iran’s Foreign Minister Mohammad Javad Zarif gave an interview to Khorasan to answer a host of questions about the JCPOA, its parliamentary reception, Iran’s foreign policy, and so on. Zarif believed that the strength of late Imam Khomeini (RA) and the Islamic Republic of Iran lay “in our independence and religious democracy,” and added that “Iran should exploit all capacities at the same time to reclaim its share in regional scope of influence.”

The following is an excerpt of his interview with Khorasan daily:

Last year, you said what the Islamic Republic has is the result of its resistance against being dissolved in the international system, that it has based its discourse on its own ideology which is an ‘anti-hegemonic’ system. How effective do you think this ‘anti-hegemony’ will be for our foreign policy, and how will the country’s outlook for foreign policy be in the future?

I believe that after the Cold War, the Americans engaged in bloodshed for ten years to create hegemony through illegitimate means, but they failed. The US policy changed in Bush’s second term when they realized that any attempt at creating hegemony would end in failure. In fact, the election of Obama as President underscored the necessity for a change in policies as well as presenting a new and repaired image of the States.

In the transition period, given the increased number of players as well as the methods of play, I deem it necessary to improve our creative power, that is, our independence, and our distinct identity which would not be dissolved into the dominant global order. All this provides us with a tool for power and influence. Today, power is multi-dimensional. What has made our people stand out is their resistance, not their tools. Let’s imagine an atmosphere of power which consists of a range of military, economic, and geographic powers down to conceptual as well as ideological powers. If we consider a set of power tools [for the Islamic Republic], we will find that a part of the Islamic Revolution’s discourse is anti-Imperialism, with a second part being self-belief. A third part is rejecting dominance and hegemony. Even our constitution declares that the Islamic Republic would not seek to dominate or would not give into being dominated. That is, this revolutionary discourse does not reward hegemonic-imperialistic sentiments; nor would it come to terms with being subject to the dominance of others. Recent isolated cases of claims by some [in the government] that Iran had been an expansionist power and would occupy the regional capitals diametrically oppose the discourse of the Islamic Revolution and undermine our instruments of power. It is very clear that a source of power lies in the discourse of Imam Khomeini (RA), independence, and our religious democracy. I believe we must use all our tools in parallel to secure our scope of power and influence in this time of transition, as the Leader has recommended. Right now, we are a player respected and recognized on a global scale; a status which should not espouse short-term petty gains only to be relegated to position of passivity and merely being able to ward off outside impositions. We are so much greater than this, and the US is not omnipotent, as omnipotence implies hegemony. We should come to the belief that we have a power of our own and must have faith in our abilities.

About the axis of resistance, there have been speculations [in the media] that resistance groups may not be satisfied with the JCPOA. Nevertheless, Hezbollah Chief Hassan Nasrallah has offered his congratulations to Iran three times. Given your meetings with these groups in Lebanon, how would you interpret the dominant impression of this?

I have always said that resistance is our regional approach and our support for the oppressed is one of the most important contributing factors to our power; thus, it is fundamentally wrong to set our national interests and ideological interests in binary opposition. Mr. Hassan Nasrallah is a personal friend and his Hezbollah respect the Islamic Republic of Iran as an important player in protecting the resistance front.

In an interview with ISNA, you once said that “In other cases, Iran would seek negotiations with the US.” This would violate redlines set by the Leader of the Islamic Revolution…

I did not say such a thing. What I said was the verbatim phrasing of the Leader, who had said that if the US showed seriousness in negotiations, Iran would consider negotiating other issues as well. The government implements the policies set by the Leader.

How would you interpret the Leader’s remarks that there were more serious issues than the JCPOA?

I believe the JCPOA is an opportunity which should be grasped; the Leader of the Islamic Revolution has demanded that all capabilities and opportunities should be exhausted to attain economic growth, that is, the country should not be a mere consumer market for foreign goods. My own criticism also touched the same point: in the past, the country only imported goods with oil income and let domestic production dwindle. When sanctions hit our economy, this dependence on oil took its toll, with economic growth as low as minus 7%, ludicrously. A second issue is that of infiltration. I believe that the world is a world of concrete realities, and any country should use any innovation and craftsmanship to improve its influence and infiltrate its potential markets. This is the rule of the game – if you fail to infiltrate, you will be a victim of infiltration by others. To embrace success in modern times, states should be as innovative as possible. Passivity and inaction cannot provide desirable results. I believe that media overzealousness about the JCPOA, fuelling a propaganda war, will not achieve anything for our national interests. This is what I understand from the Leader’s remarks.

Recently, [in the months following the JCPOA], Tehran has frequently hosted European heads of state and prime ministers, including from Switzerland, Hungary, Austria, and others. What place do these countries occupy in Iran’s foreign policy?

The time has passed when a minimalist foreign policy divided countries; now it is time to see the whole field, with players acting in order to maximize their gains. We are such a player, in some ways. We have some economic conditions which other countries wish to make use of, and we are interested in other countries’ capabilities with the same purpose – maximizing our gains. This approach would benefit the country the most.

To what extent is it true that our focus on improving ties with Europe is primarily aimed at secondary countries in terms of importance (Italy, Spain, etc.), rather than influential countries (such as Britain, France, Germany)?

The first justification is that in foreign policy, any relationship is shaped by the relative advantages a country provides. It is inaccurate to say that we should prioritize specific countries and relegate others of secondary importance. Wherever our interests demand, we should improve ties with the country. As for relations with Russia and China, our relations are more smooth and rapid due to a modest level of détente. This would not precipitate exclusivism, however. Our foreign policy is multilateral, and is informed by national interests and the advancement of Iranian causes. We use Russia for present expediency, and they export goods to our country, and finance other necessities. With China, we have signed contracts worth billions of dollars in financing our oil and gas and other economic projects. This is the craft of foreign policy – to exploit the current resources globally. We have strategic ties with Russia, and in Syria we are close partners. We do not want to be a pure consumer market, but instead seek an active role in this global production chain.