“Ties with Other Countries Should Be Based on Dignity” 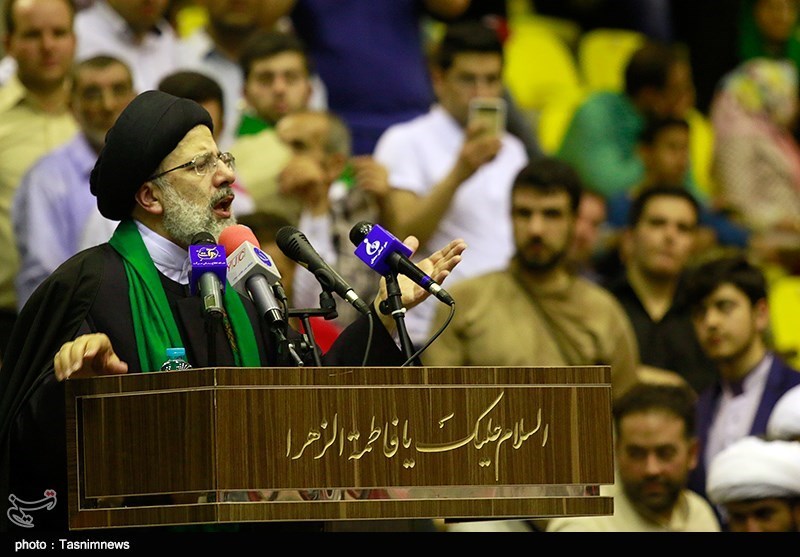 Iranian presidential contender Ebrahim Raisi has, yet again, taken a swipe at the Rouhani administration over its performance in different fields, including foreign policy.

Iranian presidential candidate Ebrahim Raisi in a stump speech in the city of Semnan weighed in on a range of issues in the run-up to the election. The following are highlights of his comments:

–  People have grievances and concerns over the one million jobless university graduates, the closure of hundreds of workshops and factories, and why father and son are unemployed at the same time. They’re concerned why factories are being closed down while there are enough facilities? What is going to happen to the livelihoods and employment of people?

– We will establish diplomatic relations with other countries based on dignity. We believe the Foreign Ministry should ease exports through foreign relations.

– They (the Rouhani administration) say they have provided villages with Internet connection. We have no problems with the Internet. What we’re saying is that you should promote economic activities in cyberspace.

– They accuse others of trying to disrupt freedom. But it wasn’t us who gave boys and girls freedom. God did so. They’re free because God has given them freedom. The government should protect this freedom.

– They say the country has weathered the stagnation, OK, take the hands of businessmen and help them weather the stagnation as well. I’m not denying that the inflation rate in the country hovers around eight percent, but there is no dynamism in the economy. Mr. Rouhani said “figures don’t count, but it’s people’s pockets that do.” Go to the market and you’ll see the prices of basic goods have doubled.

– Students at Sharif University of Technology wanted to conduct a satellite test. But officials removed the launch pad, lest foreigners might get upset! These are bad signs.