Three players and three scenarios for the region 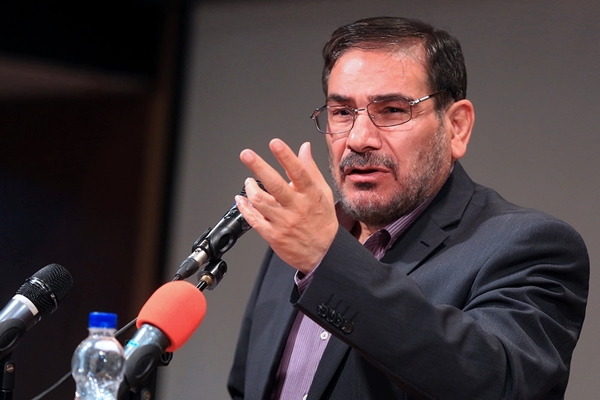 A senior Iranian official has presented three likely scenarios Iran, the US and Israel will consider for the region following the finalization of the Joint Comprehensive Plan of Action.

The secretary of the Supreme National Security Council has said that Iran’s military power and missile capabilities have defensive and deterrent purposes.

Ali Shamkhani made the comment in the preliminary meeting of the Munich Security Conference in Tehran on Saturday and added that based on its military doctrine Iran will never launch the first strike, but it will stand up to the attackers if a war erupts.

He further said that talks – to block the Islamic Republic of Iran’s technical progress and bar Tehran from accessing a capability it has never been after (nuclear weapons) – were the only option of the other side [of the nuclear negotiations]. Thanks to Iran’s pursuit of a policy of constructive interaction, these talks resulted in the birth of the Joint Comprehensive Plan of Action (JCPOA).

Shamkhani laid out three scenarios that may play out after the Joint Comprehensive Plan of Action in line with the goals of regional and trans-regional players, saying that the first scenario which Iran is pursuing is the creation of a new atmosphere of constructive interaction and cooperation.

The second scenario, which the United States favors, focuses on destructive rivalry based on the balance of power, and the third scenario – backed by the Zionist regime – proposes belligerent measures and crisis creation in the region.

Khabaronline.ir on October 18 published a report on Shamkhani’s remarks and the details of the three scenarios he outlined. The following is the translation of what he said:

* Iran is a regional heavyweight, but it has never tried to have hegemony over or impose its governance model – the Islamic Republic – on the region. Iran believes a zero-sum game (in which one side wins and the other loses) cannot help bring security and stability to the region.

* Iran’s military power, especially its missile capabilities, serves defensive-deterrent purposes. In keeping with its military doctrine, Iran will never start a war, but it will appear strong [to defend itself] if a war breaks out.

* According to national security estimates, Iran faces two constant threats: one from the Zionist regime and the other from the US. Iran does not view regional countries as a threat; a number of countries cause some nuisances, and some seek to intrigue those countries against Iran and toward confronting Iran, but we do not view them as a threat.

* Iran’s military budget is less than that of Persian Gulf countries. Iran is not seeking to launch an arms race and is content with the minimum.

* Iran is trying to shore up regional cooperation and convergence through institutionalizing bilateral and multilateral mechanisms to cement security and consolidate stability in the region.

* If Article 8 of Resolution 598 had been enforced, the Invasion of Kuwait would not have happened, the region would not have been entangled in a cycle of foreign military interference and occupation, and the ensuing incidents would not have occurred.

(The Article 8 further requests the Secretary-General to examine, in consultation with Iran and Iraq and with other States of the region, measures to enhance the security and stability of the region.)

* Today, terrorism poses the gravest threat to the region. To counter such a threat, we need to 1) Take comprehensive and all-inclusive measures and 2) Encourage collective participation of regional countries. Interference of trans-regional powers will complicate this crisis (the problems they create outweigh the assistance they offer).

* Iran’s regional power should be confronted – not directly – through Iranophobia and measures to identify Iran as a threat. In doing so, they [Western countries] can mobilize the capabilities of regional countries to stand up to Iran and increase their reliance on Western countries. [As a result] countries in the region would invite them over and they can bolster their military presence in the region and sell their arms to these countries.

* Five months ago in the buildup to the conclusion of the Joint Comprehensive Plan of Action, Obama invited heads of PGCC countries to the Camp David resort, put on the agenda a plan to remove concerns and give assurances about the alleged threat Iran poses, and sparked off a new fake crisis over the question of Iran’s power.

Formation of the army of Arab countries was put forward to address the idle threat of Iran although the idea of setting up an army to defy the aggression of the Zionist regime was never mulled. To counter hostilities toward Israel and liberate the occupied Arab lands, they opted for compromise and dialogue instead of resistance, but they picked confrontation in handling their misunderstandings with Iran.

Based on what we have learnt, enmity is not what they [Arab nations] chose, but they were pushed toward such a strategy thanks to hidden a management [which was leading them] in the direction of this scenario.

* We have convincing evidence at hand that the United States is not seeking to effectively take on ISIL and terrorism in the region. The US has adopted a selective approach to the fight on ISIL and is managing it [the fight].

Waging controlled ethnic-identity wars simply to offset Iran’s power comes in line with US regional strategies. Today the flashpoints where crises have hit are mainly the places in which Iran holds sway. The crisis erupted first in Iraq and Afghanistan and it has today spilled over into Syria, Yemen and Lebanon. Enlarging the geographical extent of crisis in areas Iran has influence is on the US agenda.

* The US has kept silent over the Saudi-led aggression against Yemen and even encourages it simply to maintain the balance of power and undermine Iran’s regional power. After JCPOA, the US will more seriously follow the strategy of involving Iran in defending its regional allies.

* Manipulating oil prices, seeking adventurism in other cases, and leveling baseless claims such as human rights [violations] and sponsoring terrorism [against Iran] are what the second scenario really needs.

* We guess that the current US administration does not support this scenario. Only the Zionist regime favors it.

* The Zionist regime, which has failed to win America’s support for this scenario and is grappling with its problems at border areas and inside the occupied territories, does not see the stage set for developing such a scenario.

* Following its failure to talk the US into torpedoing the negotiations and resorting to military option, the Zionist regime has – for the time being – given priority to efforts to cause JCPOA to lead to a breakdown so that a military mindset prevails [in the region]. If the Zionist regime fails in this strategy too, it would inevitably rally around the second scenario.

1. Neither of regional crises can be solved militarily. There is no denying the fact that having the upper hand will help parties to the crisis hold an edge in the negotiations, but finally they have to reach an agreement at the negotiating table.

2. The Islamic Republic of Iran needs domestic and regional security and stability for its development and pursuit of constructive interaction with the region and the world.

3. Iran believes solutions to regional crises can be worked out through regional mechanisms. Tehran has voiced readiness to hold meetings with the main parties to the conflict – namely Saudi Arabia and Turkey – and review regional questions, and will once again call for the talks to be launched at political, military or security levels.

4. The Munich Security Conference, which opens up an opportunity [for the participants], should show proper reaction to double standards [practiced by certain countries] in dealing with terrorism, arming the opposition, supporting the bombardment of residential areas, and killing civilians including children and women, and the refugee crisis.

What the region direly needs today to solve the crisis is dialogue based on logic and justice, not propaganda, financial and military power. Iran has always signaled its preparedness to tap into its potential to resolve the crises in the region.