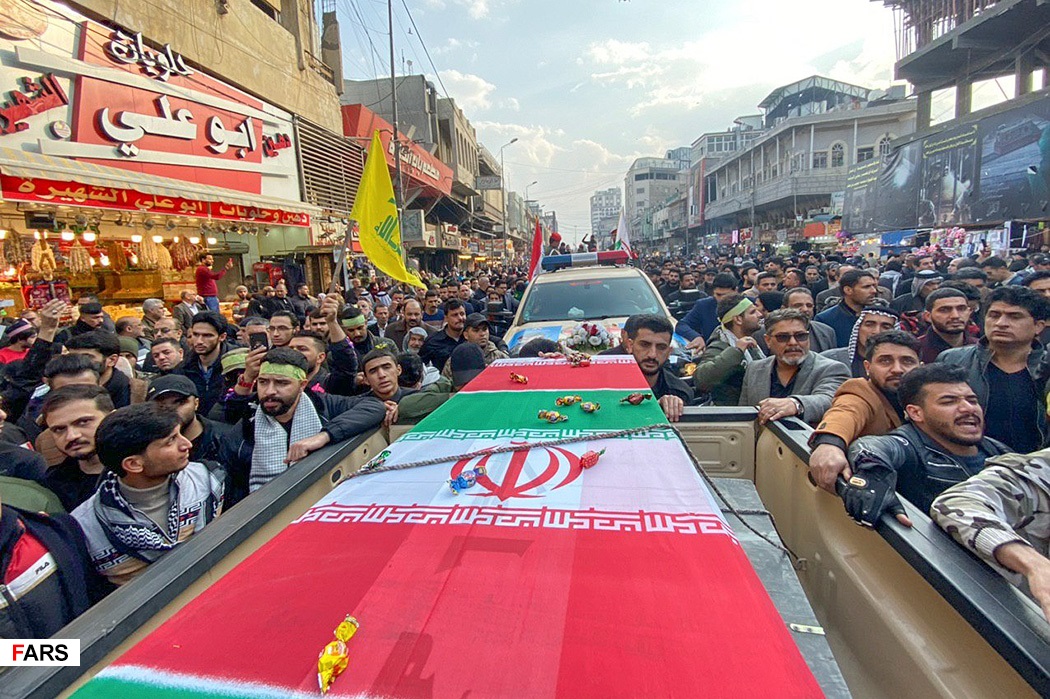 A massive mourning procession is being held in Iraq for two top military figures assassinated in a US strike in the Iraqi capital, Baghdad.

Mourners were out on the streets of Kadhimiya carrying pictures of Qassem Soleimani, the commander of the Quds Force of Iran’s Islamic Revolution Guards Corps (IRGC), and Abu Mahdi al-Muhandis, the second-in-command of Iraq’s Popular Mobilization Units (PMU), who were killed in a US drone attack near the International Baghdad Airport early Friday.

The procession, attended by Iraqi Prime Minister Adel Abdul Mahdi, received extensive coverage by many media outlets around the world.

Mourners were chanting slogans against the US and Israeli, vowing to avenge the assassination of the two martyrs.

The bodies were then taken to Baghdad for another funeral there.

Soleimani’s body is to be transferred to Iran after the funeral processions in Baghdad, Najaf and Karbala.

His body will then be transferred to Iran, where ceremonies will be held for the commander in Ahvaz and the holy city of Mashhad.

A procession will also take place in Tehran on Monday, January 6, 2020. During the procession, Leader of Iran’s Islamic Revolution Ayatollah Seyyed Ali Khamenei will lead in a prayer ceremony for the late general.

The body will then be taken to the city of Kerman, Soleimani’s birthplace, where the he will be laid to rest.

What follows are photos of the processions in Iraq retrieved from various sources: