Iranian President accused certain world powers of helping terrorists to stabilize their interests in the region, and held them responsible for the recent crimes in the Middle East.

According to a report by IFP, President Hassan Rouhani said in an address to ‘Muslim Unity Conference’ in Tehran that “those who trained terrorists and purchased the oil the terrorists had stolen, and those who sold the cultural heritage of devastated museums in the West are responsible for the recent crimes.”

“If major world powers think they can stabilize their interests in the region by helping the terrorists, they are wrong. […] Western powers and then their regional allies are the ones to blame for destruction of Aleppo and Mosul and beheading of Muslim youths,” he added. 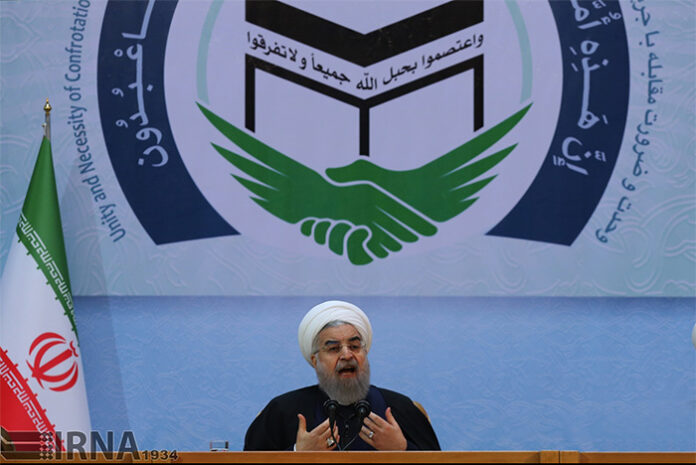