The Iran nuclear deal; why so many misconceptions? 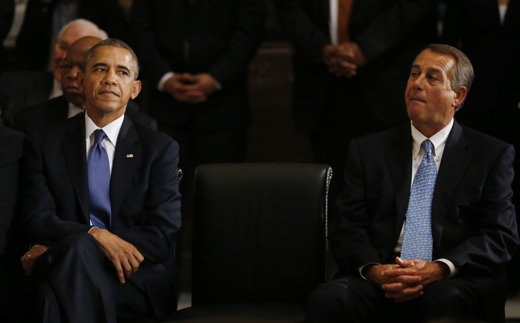 Aftab-e Yazd daily has said in an opinion piece that Iran is not the only reason behind misunderstandings surrounding the Iran nuclear deal and the unprecedented confrontational attitude of the US Congress toward President Obama.

We would be overoptimistic and gullible if we thought that the confrontation between the White House and the opponents of the Iran nuclear deal would soon come to an end. The allegiance as many as 41 US Senators showed to Mr. President [by voting for the Iran nuclear deal last week] sweetened Barack Obama’s holiday weekend.

This is the opening of an opinion piece on the misunderstandings surrounding the Iran nuclear deal by Matin Moslem, an expert in international affairs, Aftab-e Yazd daily published on September 15. The following is the translation of part of that piece:

The determined occupant of the Oval Office at the White House knows well that this sweet feeling can – in due time, but not necessarily over Iran – invoke the bitterness of his ties with Congress over the past four years. A US presidential advisor has said that he sensed a strange feeling of happiness on Mr. Obama’s face when he got the news of the survival of the Iran nuclear deal in Senate, but afterward the president was in deep thoughts for a few moments.

What is the reason behind this high-stakes misunderstanding and the unprecedented confrontational attitude of Congress toward the president? Sooner or later the answer to that question will come to light. Personally, I believe Iran is not the only reason, it may be the most important one though.

When a racist individual like Donald Trump emerges as leader of Mr. Obama’s opponents or when Senator Ted Cruz from Texas opts for stand-up comedy in Las Vegas to mock President Obama, one needs to admit that something has gone wrong. Their opposition to the current occupant of the White House does not stem from their concern about US security or interests, or the Iran issue for that matter; rather, such opposition is personal or partisan at best.

Now the Iran nuclear deal – a global issue which is not necessarily a sole Washington concern – has turned into a handy excuse [to take measures] against the White House. Without considering the dangerous consequences of opposition [to the Iran nuclear deal], the opponents are busy making plans which have raised serious concerns.

These concerns have prompted leaders in France, Germany and Britain to show reactions to decisions by the US Congress. The cavalry regiment of the opponents led by Benjamin Netanyahu feels that it will entrap the US administration in the final crossroad, steal and burn the final nuclear document, but the White House’s approaches show that what they seek will remain there merely as a feeling. The White House and the State Department will not sit idly by and let the great legacy of Mr. Obama and the Democratic Party be destroyed.

A senior British diplomat based in New York says if an issue other than Iran was the case or the world had no trust in Iran, the international community and Western powers would more likely join the US Congress [in its opposition to the Iran nuclear deal], but the point is that the reverse holds true now.

He further said that Iran has been committed to its promises and the IAEA has confirmed such commitment, adding that the Iranian president too has expressed readiness for his country’s presence in international equations or as what he calls ‘constructive interaction with the international community’. Well, what else could we ask for?

If Congress is seeking to settle its partisan scores with the president, we have no commitment to join it. Mr. Kerry’s remarks that the breakdown of [nuclear] talks will isolate the United States sound correct, he further said.

This diplomat is in the right, but we are not the ones who are expected to buy this. The opponents have announced that they are not going to give up. Republican presidential candidates Donald Trump, Senator Ted Cruz and Glenn Beck, the host of a controversial TV talk show – the Glenn Beck Program – are still beating the drum of opposition and get a kick out of it.

The Tea Party movement, pro-Israel lobbying organizations in the US and the Center for Security Policy [a conservative national security think tank] all back the opponents of the Iran nuclear deal. How far will they go in their efforts – by for example blocking the Iran nuclear deal – in a bid to take revenge on the White House and the Democrats in the 2016 presidential elections?

This question concerns us, because I think that an agreement with Iran is now all but a finalized question thanks to international support it has been given by the world public opinion. Prior to the congressional debate on the Iran nuclear deal last week, John Kerry said that the agreement will matter as much as any foreign policy decision in recent history. “To oppose this agreement is, whether intended or not, to recommend a policy of national paralysis. It is to take us back directly to the very dangerous spot that we were in two years ago, only to go back there devoid of any realistic plan or option,” he added.