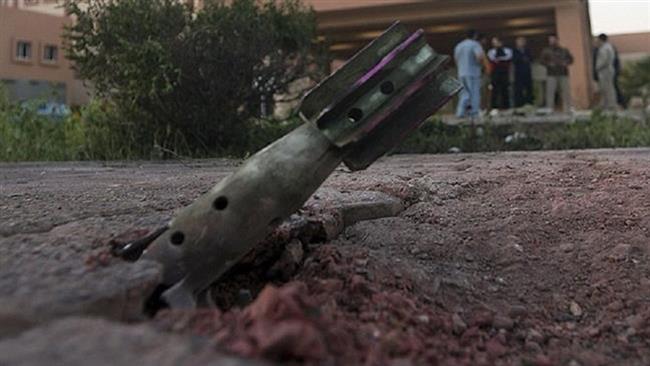 The Russian embassy in the Syrian capital Damascus has come under mortar fire from terrorist-held positions.

“In a mortar shelling of Damascus conducted from terrorists’ positions at about 10:35 local time on November 20, a shell hit the outer fence of the Russian embassy to Syria, which is located close to its dwelling compound,” read a statement released by the Russian Foreign Ministry on Monday.

It added that a 122-millimeter shell was used in the attack which damaged the building’s wall, electricity lines and water supplies.

“No one from among the embassy’s employees was hurt,” it added.

It also noted that Russia expects Western countries at the UN Security Council to properly evaluate the incident.

“We hope that our so active on the Syrian trajectory Western colleagues in the UN Security Council will have the heart not to keep silent but to give proper public evaluation of the incident in which the lives of Russian diplomats were jeopardized,” it stated.

It also stressed that the incident will not affect the country’s resolve in its battle against terrorism.

“We want to confirm once again that such provocations don’t influence Russia’s resolve to complete the destruction of a terrorist hotbed in the Syrian Arab Republic, to contribute to restoration of peace and security in Syria, strengthening of its sovereignty, unity and territorial integrity,” it added.

“We resolutely condemn this new attack by terrorists against the Russian diplomatic mission in Damascus,” it concluded.

The Russian diplomatic mission in war-torn Syria has so far come under several militant attacks, including a number of mortar attacks. No casualties, however, were reported in either of the incidents.

Russia has been engaged in an anti-terror campaign in Syria since September 30, 2015, based on a request from the Damascus government. According to analysts, the campaign has largely been successful in helping Syrian government forces dislodge foreign-sponsored terrorists from many regions across the country.

The foreign-sponsored conflict in Syria, which started in March 2011, has claimed the lives of more than 400,000 people, according to an estimate by UN Special Envoy for Syria Staffan de Mistura.

Meanwhile, the director of the Saudi-backed Syrian opposition, the so-called High Negotiations Committee (HNC), has stepped down after nearly two years of chairing the umbrella group.

Riad Hijab (seen above) released a statement via social media claiming that he was forced to leave the post, without giving specific reasons for the move.

Several other HNC officials also announced they were withdrawing from the group along with Hijab.

Hijab’s resignation comes a several days ahead a fresh round of Syria peace talks.