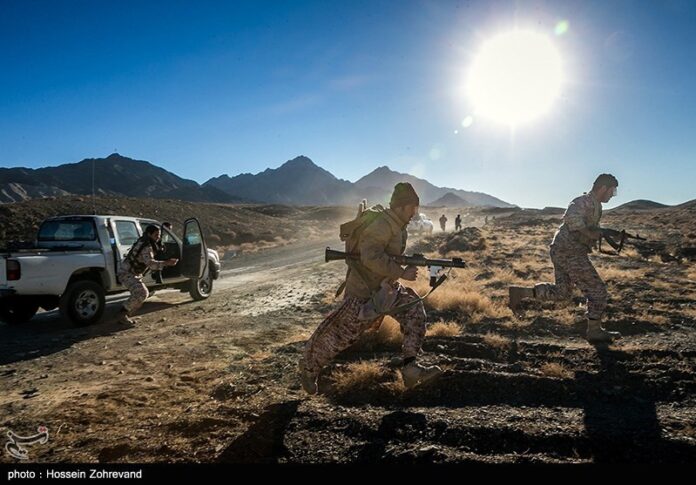 The Islamic Revolution Guards Corps (IRGC) forces attacked a group of terrorists in Iran’s southeastern province of Sistan and Balouchestan, killing a number of Takfiri militants and confiscating a large amount of explosives and ammunition.

The IRGC Quds Base, operating in Iran’s southeastern regions, said an armed clash between the security forces and Takfiri terrorists began near Qasr-e Qand county at midday Thursday.

A number of terrorists were killed and wounded, while some others escaped, the IRGC added in a statement, saying forces from the Intelligence Ministry and the Police were also engaged in the operation.

According to the statement, the security forces have destroyed an explosive-laden device with 600 kilograms of explosives, and have confiscated five bombs improvised for suicide attacks, more than 700 kg of explosive materials, tens of thousands of cartridges, and a number of weapons.

A manhunt for the arrest of the fugitive terrorists is going on, it added.

In a separate operation in the same province on Wednesday, the security forces detained five members of a terrorist cell and killed two others in Chabahar, south of Sistan and Balouchestan.

The arrests were part of anti-terror operations across the country after terrorists launched simultaneous attacks on Iran’s parliament building in downtown Tehran and on the mausoleum of Imam Khomeini, south of the city, on June 7, in which 17 people were killed and more than 40 others were wounded.