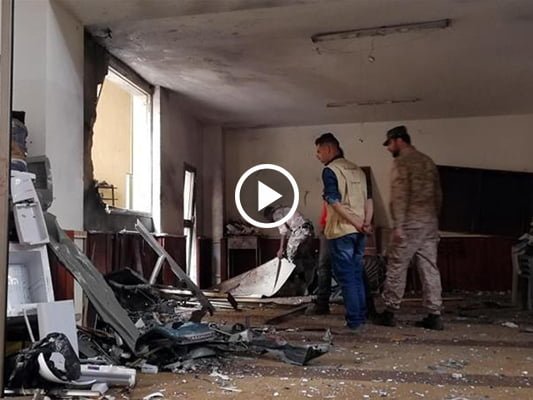 At least two people have been killed and scores wounded after a twin-bombing struck a mosque in the Majouri district of Benghazi on Friday.

While the initial number of people wounded in the attack was reported to be 75, local media news reports put the number of those injured at 129.

The casualties were caused by two suspected improvised explosive devices which went off at the Saad Ben Obadah mosque during Friday prayers.

Local residents soon began clear-up operations in the mosque, which was littered with debris and broken glass.

According to a military spokesperson, explosive devices were placed in bags that were left at the mosque’s entrance. They were then detonated via a mobile phone just before Friday prayers.

No group has yet claimed responsibility for the attack.

The bombing was the second of its kind in two weeks, following a blast which claimed the lives of 35 people.