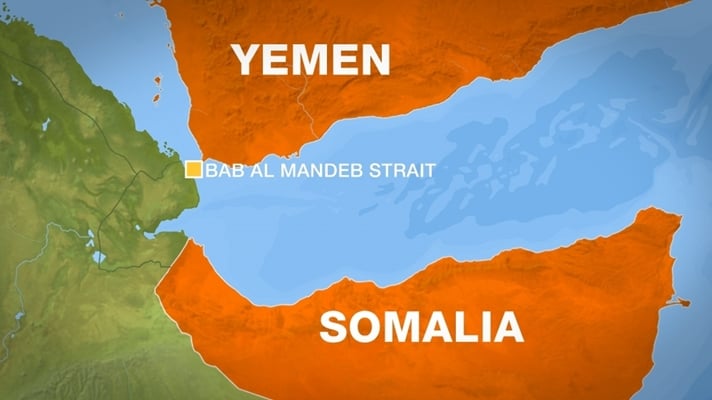 A senior Iranian official has warned that the Mandeb Strait in southern Yemen will turn into a new centre of terrorism if the Saudi-led coalition’s war on the impoverished country is not stopped.

Hossein Amir-Abdollahian, an international advisor to Iranian Parliament Speaker, says Al-Qaeda and ISIS terrorists have expanded their presence in southern Yemen, which is mostly controlled by Saudi Arabia and the UAE.

“A danger that threatens Yemen and regional waters is that instability and insecurity has been created in southern Yemen today as a result of Saudi Arabia’s three-year war,” he noted on Tuesday, speaking to reporters at the press conference of an anti-Israel festival called “Israel Hourglass” held in Tehran.

Amir-Abdollahian warned that if Saudis would not stop their aggression, a new centre for terrorism will be created in Bab el-Mandeb.

“Saudi Arabia and the UAE, as members of the coalition, and the UK and the US, as their sponsors are responsible for such crisis,” he noted, adding that international community is also to be blame as it has kept silent over the crisis.

Amir-Abdollahian stressed that Iran supports Yemen’s unity and territorial integrity, and that political resolution involving all tribes and parties is the only way to get out of this crisis.

“Iran has spiritual and emotional ties with Houthi Ansarullah movement and politically support them to help Yemen secure its sovereignty,” he added, asked about Tehran’s relations with the Houthis.

The accusations that Iran is supplying Yemen with missiles is totally “baseless”, he noted, adding that the Islamic Republic has repeatedly rejected such claims.

He also referred to the UK’s plots for the Middle East, and said London has a “serious” role in Bahrain and Yemen developments.

“Saudis didn’t make the decision on Yemen themselves; they were engaged in a scenario written by the West, and this will in the future lead to the Saudis’ collapse,” he added.

Amir-Abdollahian blasted the British government for drafting the recent anti-Iran resolution at the UN Security Council, which was vetoed by Russia, and said, “Unfortunately the UK has adopted double-standard policies towards the region.”

Asked about the drafting of the anti-Iran resolution shortly after Iranian Deputy Foreign Minister Abbas Araqchi had talks with Britons in London, Amir-Abdollahian said talks have been held with the UK over Yemen peace due to the UK’s role, but drafting the resolution at the same time with Araqchi’s talks shows their double-standard policies.

“After resumption of Tehran-London ties during President Rouhani’s first term in office, in my visit to the UK, I had a meeting with then Foreign Secretary Phillipe Hammond. I told him over 65% of Shiites in Bahrain are being seriously discriminated against, and Hammond said he knows about the Shiite ‘minority’ living in Bahrain,” the Iranian official noted.

“Then I said I don’t talk about Shiites and Sunnis, but I’m sorry if your information about everything is so little,” he added.