Tents Set Up across Iran to Mark Beginning of Muharram 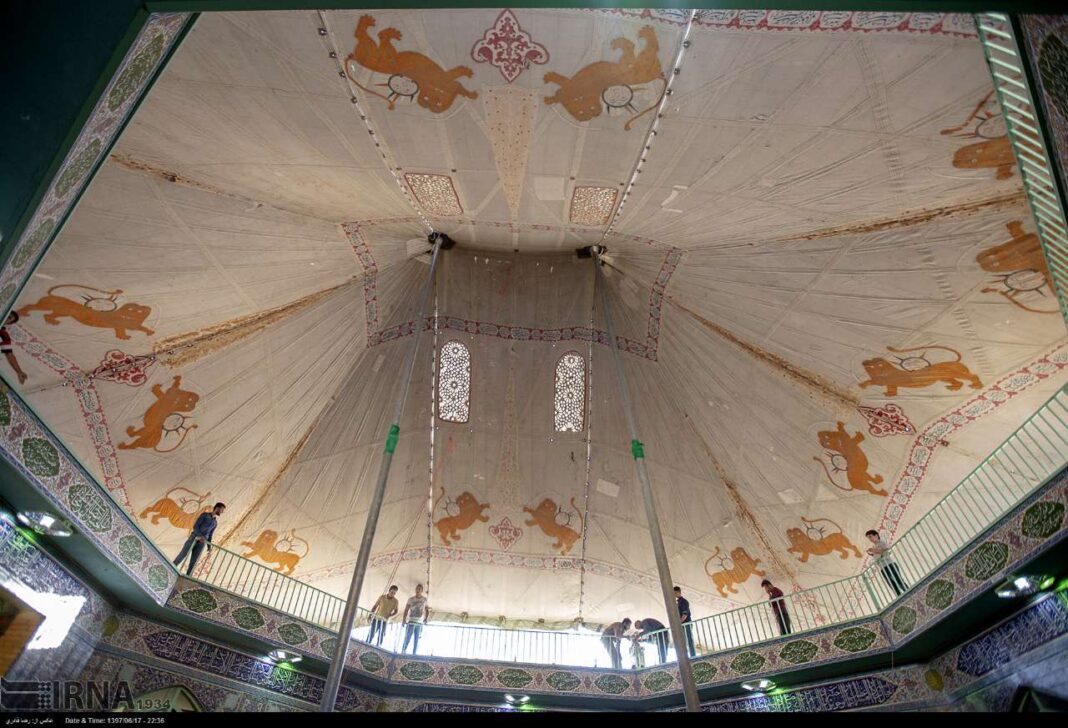 Tents have been set up in almost all Iranian cities, particularly those in southern Iran, commemorating the advent of the lunar month of Muharram, when the third Shiite Imam, Hussein ibn Ali, was martyred.

In accordance with a 400-year-old tradition, people in the town of Zarqan in Fars province set up tents on the threshold of Muharram to honour the upcoming anniversary of Ashura, the tenth day of the lunar month.

Ashura was the day when Imam Hussein, a grandson of Prophet Muhammad, and dozens of his faithful companions were martyred in an unequal battle with enemy troops in Karbala, modern day Iraq, in 680 AD.

What follows are IRNA’s photos of the tents set up in Zarqan: