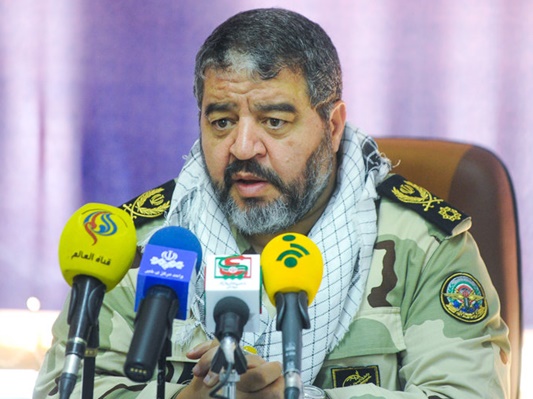 A top Iranian military commander warned that there is currently a large number of high-risk areas in or, in the proximity of, Tehran that threaten the lives of many citizens.

According to a Farsi report by Khabar Online News Agency, Brigadier General Gholam-Reza Jalali, the head of Iran’s Civil Defence Organization, said the security of cities is directly linked with the safety of their citizens.

He added that civil defence measures are required to be given greater prominence in managerial and infrastructural urban dimensions and layers.

Jalali stressed that as per the Establishment’s general policies outlined by the Leader of the Islamic Revolution Ayatollah Seyyed Ali Khamenei, the Iranian government is required to reduce the number of such areas in Iranian cities.

“At present, there is a large number of high-risk areas in, or in the proximity of, Iranian metropolises that threaten the lives of the citizens, given that many of Iranian cities, such as Tehran, have failed to be developed according to strict urban construction and municipal engineering criteria and had been deprived of a comprehensive and codified plan for their expansion.”

He stressed that Iranian municipal infrastructure fails to contain urban risks, adding, “There is a huge number of centres producing and storing chemicals and poisonous materials in these cities, but no plan has been formulated for managing the possible tragic incidents there. In many cases, people are unaware of the existence of such places and their possible threats.”

Therefore, Jalali said, cities have gradually turned into the Achilles’ heel of countries, given the increasing number of human-caused threats, growing menace of natural disasters as well as their greater vulnerability.

“Gas transfer pipelines as well as other energy arteries can pose grave risks to the cities.”

He urged holding expert meetings to review and discuss issues such as paying greater attention to emergency housing and evacuation in urban development plans, promoting the multi-purpose use of urban infrastructure and spaces and decreasing the vulnerability of high-risk energy transfer and generation infrastructure such gas pipelines.

At the present era, wars, inevitably, are spread to cities, he regretted, adding that urban management patterns are not detached from urban structure models.

“Therefore, the power of people’s will is amongst the main components of a country’s national power.”

Jalali stressed that such plans are required to ensure better preparedness in the face of emergencies and natural disasters.