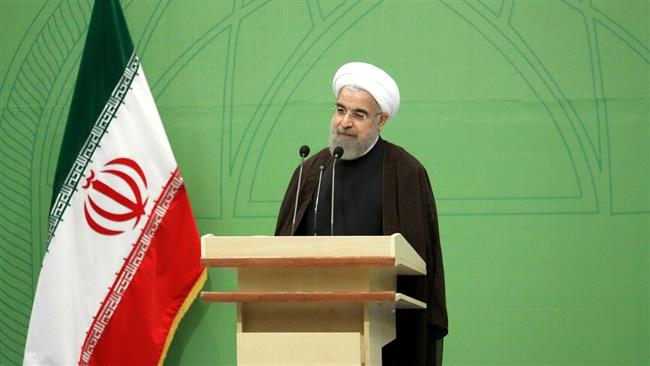 President Rouhani has said that Tehran aims to start the process of nuclear commercialization following the conclusion of nuclear talks between the Islamic Republic and P5+1.

United Nations Security Council “Resolution 2231 not only recognizes our nuclear program, but also urges world powers to cooperate with Iran,” he told reporters in the western city of Hamadan Tuesday, adding that Tehran will start nuclear commercialization by importing yellow cake and exporting enriched UF6.

Rouhani also stressed that “under the Joint Comprehensive Plan of Action (JCPOA), Tehran intends to use a new technology in Arak nuclear complex in coordination with two members of P5+1.”

We hope that Iran’s nuclear agreement is fully implemented and we can attract more foreign investment, the president added.

Rouhani also hailed the efforts of Iran’s negotiating team during the nuclear talks with six world powers, saying that the Iranian nation should be informed about the “great work” of the country’s diplomats.