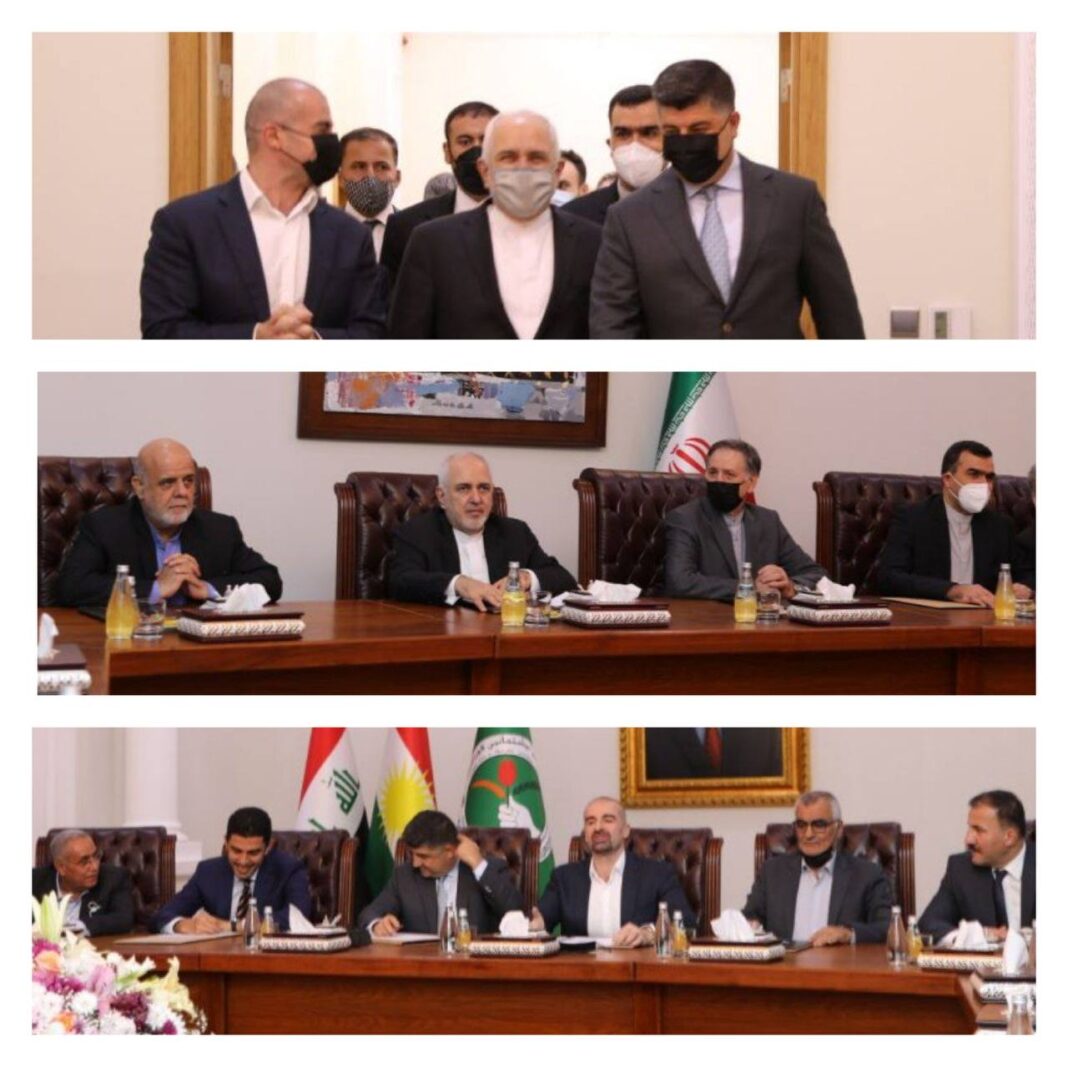 Iranian Foreign Minister Mohammad Javad Zarif has held talks with a delegation from the Patriotic Union of Kurdistan (PUK) co-chaired by Lahur Sheikh Jangi and Bafel Talabani in Erbil.

In the meeting, the two sides discussed Iran’s relations with Iraq and the Kurdistan Region.

The top Iranian diplomat recalled the prominent role of late Jalal Talabani as one of the influential Kurdish and Iraqi figures.

The top Iranian diplomat elaborated on Iran’s viewpoints expressed in his meetings with Iraqi authorities in Baghdad.

He said Iran stresses unity and solidarity among all Iraqi factions, parties and ethnic groups in order to build a prosperous, free, strong and independent Iraq.

Zarif also pointed to the existing potential for the enhancement of Tehran-Baghdad relations and described as positive areas of closer cooperation between Iran and the Kurdistan Region.

Lahur Sheikh Jangi and Bafel Talabani, in turn, referred to Iran’s lofty status in the eyes of the people of the Kurdistan Region, calling for the promotion of mutual cooperation.

They said the PUK and Talabani had a strong relationship with Iran, and that they will never forget Iran’s support for Iraq at different junctures.