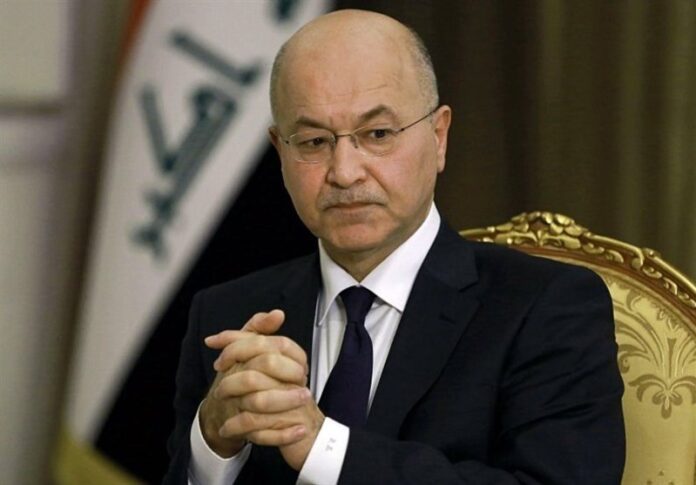 The Iraqi president says good progress has been made with negotiations between Iran Saudi Arabia, but that some challenges still remain.

In an interview with the Arabic-language Al Arabiya TV news channel, Barham Salih expressed hope that talks will go on to produce a major breakthrough.

He said the region is in need of such a breakthrough as Iran and Saudi Arabia are two major regional powers.

However, he noted that stability in the region is contingent upon that of Iraq and Syria, too.
Iran and Saudi Arabia say they are willing to resolve their disputes.

Iran accuses Saudi Arabia of funding and arming militant groups which have wreaked havoc across the Middle East since 2011.

The two countries have had no diplomatic ties following Saudi’s executing of Sheikh Nim al-Nim, a prominent Shia cleric and the attack on the Saudi embassy in Tehran in 2016.

Since last April, Iran and Saudi officials have held four rounds of talks.