Tehran, Riyadh can accommodate each other: Zarif 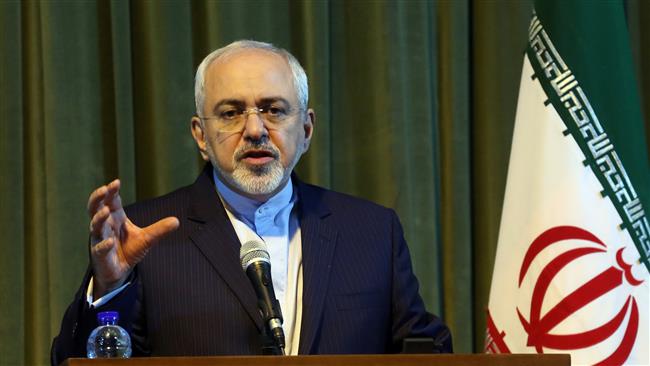 Iranian Foreign Minister Mohammad Javad Zarif says the Islamic Republic does not seek any tensions with Saudi Arabia, and that the two Muslim countries can coexist peacefully.

“We believe that Iran and Saudi Arabia can be two important players, who can accommodate each other, who can complement each other in the region,” he told the CNN Wednesday evening.

“Unfortunately, the Saudis have had the illusion that backed by their Western allies, they could push Iran out of the equation in the region,” the minister added.

Riyadh cut its diplomatic ties with Iran after its two missions in Tehran and Mashhad came under attack by protesters.

Zarif said Saudi leaders are worried by a diplomatic breakthrough in the decade-long standoff between Iran and the West over the Islamic Republic’s nuclear program.

“Saudis are panicking that there may be a slight opportunity that tensions between Iran and the West would reduce, and the smoke screen that had allowed them to export this Wahhabi ideology of extremism” can be removed, he said.

“We were always in the community of nations. Now their allies have recognized that Iran is a serious partner,” the Iranian foreign minister said, in reference to the US and EU which were part of the nuclear negotiating sides.

“We do not have a fight to pick with Saudi Arabia. Unfortunately, the fact is the instability in our region is caused by a panicking Saudi Arabia that believes that there is an equilibrium in our region after the fall of (slain Iraqi dictator) Saddam Hussein and after the Arab Spring.”