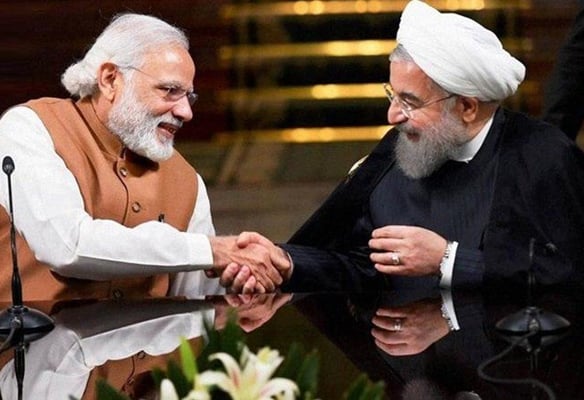 Iranian President Hassan Rouhani and his Indian counterpart Narendra Modi have sat for talks on promotion of all-out ties between the two countries.

In a Sunday meeting held on the sidelines of the SCO Summit in China, President Rouhani expressed satisfaction over the growing Tehran-New Delhi relations and welcomed India’s active participation in the development project of Chabahar Port in southeastern Iran.

“Chabahar Port, as a bridge that links India to Afghanistan and Central Asia to Eastern Europe, can strengthen the historical and commercial relations between Iran, India, and the region more than ever.”

Referring to the significant role of banking cooperation in developing economic relations, the president emphasised that the implementation of the recent agreements reached between the two countries in New Delhi should be accelerated.

He also described the implementation of these plans as a step towards further development of relations between the two countries.

PM Modi, for his part, referred to the quick process of the development of Tehran-New Delhi relations, saying that his country is determined to develop inclusive relations with Iran.

The Indian Prime Minister also highlighted the importance and special status of the Chabahar Port for the development of regional cooperation.