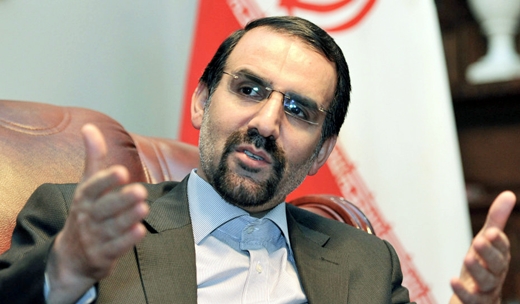 Iran’s Ambassador to Russia Mehdi Sanaei said Tehran and Moscow are in negotiations to promote mutual cooperation in the field of energy, and other areas.

“Iran and Russia have held useful talks on energy issues. Talks between large Russian corporations and the Iranian side are moving ahead and I believe we’ll see good results in that field shortly,” Sanaei said as quoted by the Russian Kommersant daily on Friday.

He further said that the two countries plan to boost their cooperation in the field of seaport activities as well.

Tehran and Moscow have eliminated many barriers for development of bilateral relations that existed in the past, the Iranian ambassador said.

The two countries plan to boost mutual trade turnover from the current $1.7 bln to $10 bln while one of the most serious obstacles for doing this is the impossibility of payments in dollars or euro with Iranian banks due to anti-Tehran sanctions.

While the JCPOA (Joint Comprehensive Plan of Action), a lasting nuclear deal between Tehran and world powers, came into force in January, some Iranian officials have complained about the US failure to fully implement the accord.