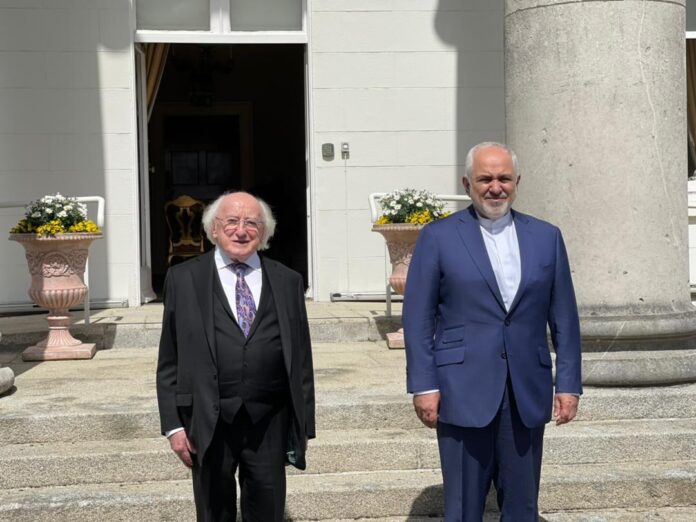 In the Wednesday meeting, the Iranian Foreign Minister expressed Tehran’s interest in expanding its collaborations with Dublin in political, economic, and cultural fields, which was welcomed by the Irish president.

The two sides also conferred on the latest developments in Palestine, Yemen, and Afghanistan.

At the end of this meeting, Foreign Minister Zarif presented President Higgins with a book of poems by Omar Khayyam on the occasion of the birth anniversary of the eminent poet.