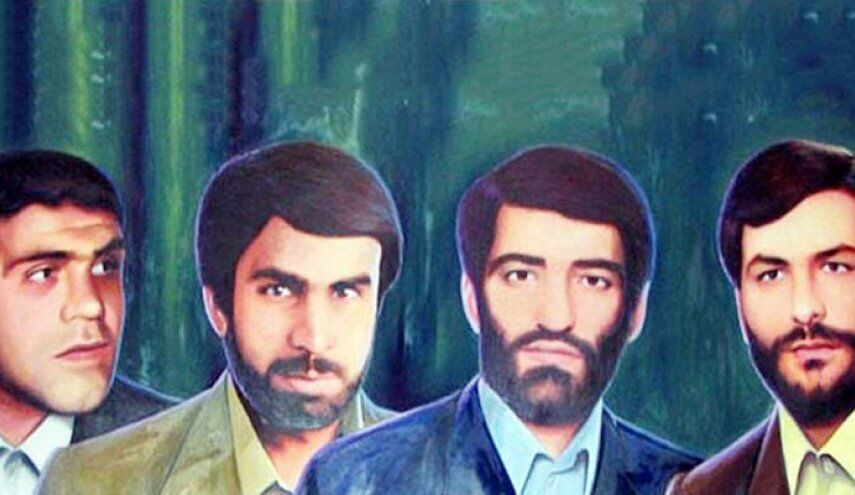 The Foreign Ministry of the Islamic Republic of Iran has released a statement marking the anniversary of the abduction, 39 years ago, of four Iranian diplomats by the Israeli regime in Lebanon.

On July 4, 1982, a vehicle carrying four Iranian diplomats, namely Seyyed Mohsen Mousavi, Haj Ahmad Motavasselian, Taghi Rastegar Moghaddam and Kazem Akhavan, who were under the immunity of diplomatic police, were kidnapped by armed mercenaries of the Israeli regime in Lebanon’s al-Barbareh area in contravention of international regulations and conventions.

Now, on the 39th anniversary of this crime committed by terrorist elements affiliated with the Tel Aviv regime, the families of those diplomats, who have gone through extreme suffering and pain, still hope their loved ones will be freed and return home.

The Islamic Republic of Iran has announced, time and again, that there is evidence indicating these Iranian diplomats were handed over to Israeli forces after being illegally stopped and were then taken to Israeli prisons.

Since the terrorist move, and given the human, legal and political dimensions of the incident, the Islamic Republic of Iran has adopted extensive measures and followed up on the issue through regional and international institutions.

Given the Israeli occupation of Lebanon in 1982, the political and legal responsibility for the diplomats’ abduction lies with the Israeli regime and its terrorist-breeding supporters. Unfortunately, the Israeli regime’s lack of accountability has greatly slowed down the trend of discovering the dimensions of, and facts pertaining to this incident.

The Ministry of Foreign Affairs of the Islamic Republic of Iran honours the memory of the diplomats and reiterates that high on its diplomatic agenda, while taking regional and international aspects into account, is to make efforts to establish their fate.

By virtue of a report by the former UN secretary general and a letter by the then Lebanese prime minister to him in 2008, the foreign ministry urgently calls on the incumbent UN chief as well as other international and human rights organisations and institutions, including the Red Cross Society, to pay due regard to this humanitarian and rights issue which pertain to international conventions recognised by the international community, and heed the rightful demand of Iran and the diplomats’ families and children.

Accordingly, while expressing its gratitude to the friendly country of Lebanon, which has had good cooperation in terms of following up on the incident so far, the Iranian foreign ministry also calls on Lebanese authorities to make serious decisions on Iran’s proposals to set up a cooperation committed to coordinate and regulate the existing data and shed light on the hidden dimensions of the incident, and to heed the necessary recommendations in order to make further progress on the case, so that we will see joint measures with regards to this issue.