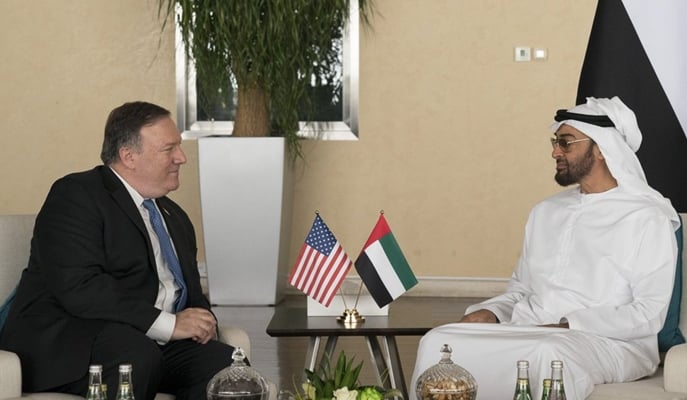 Iranian Foreign Ministry Spokesman Bahram Qassemi has denounced the recent anti-Iran and war-mongering remarks by the US Secretary of State Mike Pompeo during his visit to the UAE saying that Washington should take lessons from the defeat of its numerous war-mongering policies in the region over the past several decades.

In a Monday statement, Iran’s spokesperson underlined that Washington should also realise this fact that the Islamic Republic attaches no significance to such threats and will not be coerced by them.

“The US officials imagine that through measures, which violate international law and the UN charter, can achieve their illegitimate goals that are destabilising the region and creating new tensions among the regional states, but the warmongers in Washington are unaware of this fact that the Islamic Republic will strongly go ahead with its principled and strategic approach and policy towards its neighbouring states by making peaceful exchanges and coexistence with them,” he said.

Qassemi then added that with prudence and intelligence, Iran will not allow the US official’s impossible and grudge-based dreams come true.

The spokesman then referred to the US-planned anti-Iran conference which is going to be held in the Polish capital Warsaw next month under the coverage of exploring the Middle East issues saying that “We believe the US does not seek any benevolent goals for the regional nations.”

Elsewhere in his remarks, Qassemi said if the US really wants to show its good faith towards the regional nations, it only needs to revise its policies towards the region and stop adopting divisive approach and empty and unrealistic threats against them and prevent from contributing to the tensions and crises in the region.

Upon his arrival in Abu Dhabi on Friday, the US Secretary of State Mike Pompeo said America’s withdrawal from Syria is merely a “tactical change” that will not change its military capacity to fight ISIS or Iran. The visit was made in the latest stop of his regional tour to reassure US allies of its commitment to the region.

Last month, US President Donald Trump said ISIS had been defeated in Syria and added he would pull the US forces out of the country. The announcement has surprised US regional allies. Meanwhile, the US officials have been playing down the speed of the withdrawal over the past weeks.