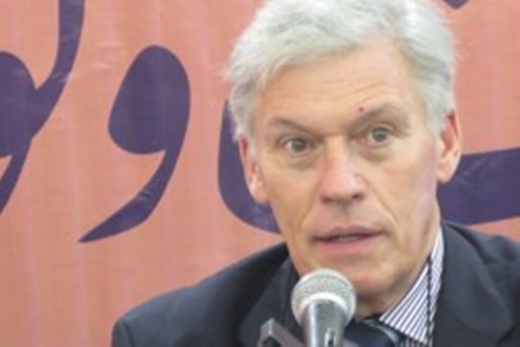 The enthusiasm of the people present at the fair helps foreign visitors enjoy the tour in the atmosphere of Iranian culture and thoughts, the former French diplomat said.

Former French cultural attaché to Tehran Jean-Claude Voisin said: “People’s warm reception of Tehran International Book Fair makes us excited, and I can say it is an important event in the Middle East.”

In an interview with IBNA, Jean Claude Voisin stated that he had visited the Fair about 9 years ago when he was the French cultural attaché to Iran. This year, however, people seem to be more enthusiastic compared with the previous years.
Pointing to the atmosphere of the Fair, he said: “While visiting this cultural event, I noticed that a better arrangement has been adopted which enabled me to visit many stands. Also, as I was watching the works on the counters, I could see the happy faces of those who were present at this important cultural event.”
Mr. Voisin further stated: “The enthusiasm of the people present at the fair excited us too and drew us to search through different topics, and we enjoyed the tour in the atmosphere of Iranian culture and thoughts.”