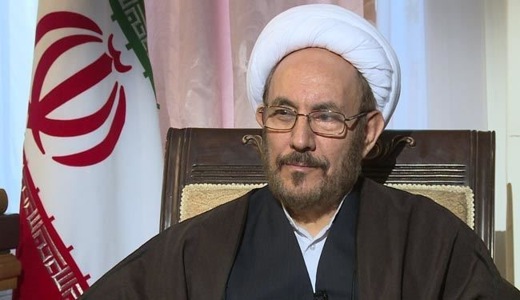 An Iranian official says the recent terror attacks in Tehran were aimed at tarnishing the image of Sunni Muslims in the country.

Ali Younesi, a top aide to Iranian President Hassan Rouhani, in an interview with the Iran newspaper, has touched on the different dimensions of the recent terror attacks in Tehran. Here are the highlights of his comments:

Terrorists had been trying hard to carry out attacks on a much larger scale than that of the two raids [on the Imam Khomeini mausoleum and parliament building]; of course, the attacks would have been foiled by security and intelligence forces. It’s not that the ISIS terrorist group began its operations in Iran recently; rather, the terrorists launched their efforts to strike Iranian people several years ago. Even before ISIS, international terrorist groups affiliated with the Takfiri-Wahhabi current such as Al-Qaeda, Jundallah and Furqan, were trying to carry out acts of terror in Iran. In fact, Takfiri terrorist groups were all against Iran. They either conducted major operations, or wanted to do so, but failed to. The operations that they failed to conduct would have been much more significant than the [recent] attacks they carried out.

Iran Most Successful Country in Fight against Terrorism

The Islamic Republic of Iran has defeated terror groups, and most terrorist groups operating in the country have been eliminated and are part of history now. So, it is natural that the intelligence and security organizations of a country with such long experience are the most successful ones in countering acts of terror. When I was the intelligence minister, security organizations all around the world admitted time and again that Iran had the most powerful anti-terror apparatus, and they sought help from us. When then President Mohammad Khatami travelled to France and Germany, their intelligence and security services asked us to help ensure the security of their guest.

In the September 11 attacks, the US showed a very weak reaction. America’s security services, with so much experience and numerous facilities, were taken by surprise. The Pentagon and Twin Towers, which were very important locations, came under attack in a moment, and the United States’ grandeur collapsed in a matter of hours. In order to regain its grandeur and social security, the US imposed two wars on the Middle East nations, but failed to tackle terrorists.

The US triggered two costly and futile wars in the Middle East, but Iran succeeded in harnessing Al-Qaeda without paying any price.

After the September 11 incident, Al-Qaeda was the main target. But Iran busted dozens of Al-Qaeda terror teams and arrested their members overnight, teams comprising some of Al-Qaeda’s most notorious terrorists. More than hundreds of Al-Qaeda’s well-trained terrorists were arrested in safe houses in Tehran and most other cities across the nation in the shortest time possible. So, the US triggered two costly and futile wars, but Iran succeeded in harnessing Al-Qaeda without paying any price.

After the US pulled its troops out of Iraq, the country was practically at the mercy of terrorist groups. ISIS was a production of these secessionist terror groups, which, after the US withdrawal, gained a foothold first in Iraq and then in Syria. At that point, the terror groups picked Iran as their prime target, but earlier, when Al-Qaeda was at the height of its activities, Iran was the group’s second target.

At this point, it was Iran that put up a stiff resistance against terrorists in Iraq and Syria. Terrorists were supported by Saudi Arabia, many Western countries, and even Turkey at some points. But later on, these sponsors of terrorists realized they were making a mistake. So, they divided militants into extremist and what they called moderate terrorists. Then they began backing the so-called moderate groups. These terrorists announced via their media outlets time and again that they would attack Iran. Dozens of terror teams have also been dispatched to Iran, but have been busted by Iranian security and intelligence apparatus. As you see, Iran has been able to identify and smash terrorist groups despite the fact that terrorists have a lot of facilities, have large swaths of Iraq and Syria under their control, are present in Afghanistan, have kept threatening to act against Iran, and have done so. This shows Iran has secured effective victories against terrorists. To be more precise, Iran is fighting terrorists.

[Asked why the terror groups chose Iran as their first target, Younesi replied] After terrorists captured large swaths of Iraq and separated several parts of Syria from one another, they issued a worldwide call. They brought other terrorist groups together in those areas and formed a government. ISIL, which stands for the Islamic State of Iraq and the Levant, was a name that the terrorist group had chosen for itself. The group was also called ISIS, the Islamic State in Iraq and Syria. With reliance on its new recruits, the group formed a so-called Islamic rule in areas that it had seized in Iraq and Syria. ISIS was set to wrest control of the whole Middle East, Iraq, Syria, Saudi Arabia and other regions.

ISIS’ days are numbered in Syria and Iraq, and the terror group is suffering its final defeats at the hands of Iran, but this does not mean that Tehran attacks were their last operation.

ISIS’ days are numbered in Syria and Iraq, and the terror group is suffering its final defeats at the hands of Iran. By carrying out terrorist acts like the ones in Tehran, they want to lift their spirits. Naturally, if they are not concerned about protecting their self-styled government, they will spread across the region and mastermind more plans to carry out terrorist operations in Iran and other countries. This does not mean their activities have entered a new phase; rather, it means their days are numbered.

Of course, this does not mean that it was their last operation. But they are definitely falling apart. So far, hundreds of these terrorists have been arrested even before entering Iran or inside the country. The Islamic Revolution Guards Corps (IRGC) as well as the Iranian Intelligence Ministry had a very good performance in countering terrorists in the recent incidents in Tehran.

The terrorist attacks in Tehran were not significant from a military point of view. Some say they forced their way into the Parliament, but the terrorists only managed to get into the parliament’s administrative building, which is easy to enter. And the terrorists sprayed the sentry with bullets; this is something that any terrorist can do. What is important is that not even one single Iranian security guard was killed in the shootout with the terrorists. All those martyred were killed in the very early moments of the incident. Later, when security forces stepped in, the terrorists couldn’t do anything. They even couldn’t escape or kill our security troops. Finally, the terrorists were killed.

Iranian people dealt with the issue of the terrorist attacks very normally. Experience shows similar incidents in other parts of the world have triggered panic. But in Tehran, except for our fellow countrymen who were at the scene, other citizens showed no reaction which suggested anxiety or worry. This shows Iran is no stranger to such incidents. Several Iranian officials as well as ordinary citizens have been killed in past terrorist attacks. I ask the people not to pay attention to rumours. Dear citizens should know that the terror operations were carried out by ISIS in a bid to disrupt security and undermine public trust.

People showed sympathy and rapport in the incident. But we also witnessed some politically-motivated stances toward the incident. We should know that when it comes to terrorist acts as such, we should set aside our political tendencies and don’t speak of being a reformist or conservative or the like. Terrorists are targeting our lives and national security. Under such circumstances, people should put aside political wrangling and stay united against threats. Terrorists are enemies of the whole of Iran and the whole region.

By showing that a few Sunnis from Iran have joined ISIS, the terrorists wanted to eclipse the mass participation of Sunnis in Iran elections, and suggest that Sunni Muslims are not with Iran.

The recent elections in Iran had several specifications. They were marked by a high voter turnout. Moreover, more Sunnis and members of ethnic minorities participated in the elections than ever before. Another point was that the elections were held under full security. These three features turned the elections into a major political victory for Iran in the region. The terrorists wanted to undermine these three achievements. They wanted to create the impression that there is no security in Iran. Also, by showing that a few Sunnis from Iran have joined ISIS, they wanted to say Sunnis are not with Iran. Hence, they wanted to eclipse the mass participation of Sunnis in Iran’s elections. However, Sunni scholars and leaders in Iran were swift to condemn the terrorist acts while reiterating support for the Islamic establishment of Iran. One of the contributors to Iran’s success in countering terrorist groups is that the country has fully dealt with and removed ethnic and religious rifts. That’s why Iranian Sunnis turn out en masse in elections, contribute to efforts to safeguard national security and support the Islamic Republic of Iran.