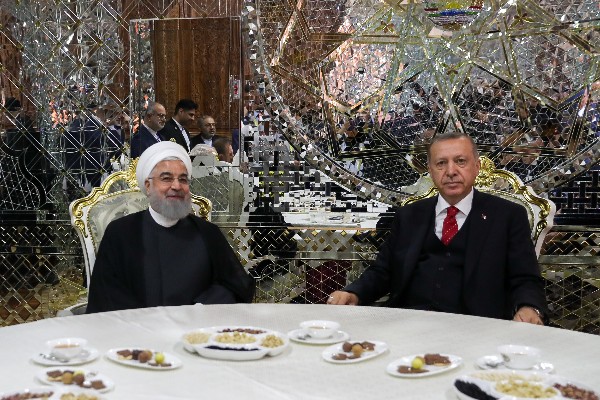 Iranian President Hassan Rouhani and his Turkish counterpart Recep Tayyip Erdogan have expressed their opposition to any sanction and coercive policy in the region.

The two sides met on the sidelines of the 5th Summit of the Heads of State of the Conference on Interaction and Confidence Building Measures in Asia (CICA), which was held in the Tajik capital Dushanbe.

During the meeting, the Iranian president stressed that Tehran is interested in expanding its mutual ties with Turkey in all areas particularly in the economic field.

Efforts to strengthen the current cooperation to raise the trade volumes between the two sides to $30bn should be stepped up, he noted, according to a report by dolat.ir.

“Over the past years, long strides have been taken to deepen the two sides’ mutual relations and the trend should be strengthened further,” he said.

For his part, Erdogan said the mutual ties between Iran and Turkey have been expanding day by day and added it is highly significant to strengthen and deepen the current ties in various areas.

“Turkey is determined to expand its ties with Iran in all areas,” he said.