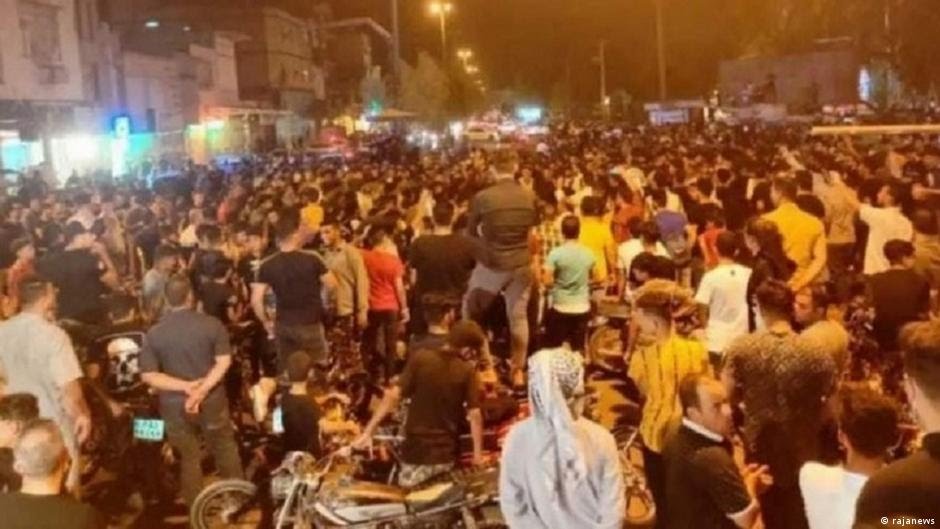 Iran’s Foreign Ministry Spokesman Saeed Khatibzadeh has rejected the “interventionist and politicised” statement of the United Nations High Commissioner for Human Rights on the recent protests in Khuzestan, accusing her of trying to cause division among Iranian people.

Khatibzadeh on Saturday described the Commissioner’s statement on the recent events in Khuzestan province as regrettable, saying it was totally invalid and tainted with false accusations and incorrect information.

“The accusations have been made without considering the extensive efforts of the government, judiciary, security and media officials to alleviate the suffering of the people of this province and to resolve the existing problems, and that is the most important proof that the statement is politicised and invalid,” he added.

“In this respect, the High Commissioner’s statement is more like a political declaration with a hostile tone than the words of an international human rights official,” Khatibzadeh noted.

The spokesman noted that making such unprofessional and biased comments on the management of Iran’s water resources is not within the scope of the Commissioner’s responsibilities, and the institution under his responsibility does not have the authority and legitimacy to comment on this issue.

Khatibzadeh noted that the water crisis in Khuzestan is the result of a series of natural phenomena, especially this year’s drought, and a consequence of the unilateral coercive measures imposed on Iran which have prevented the transfer of technology and investment in the water sector of Khuzestan.

“The question is why the commissioner has not yet, so blatantly, condemned the unlawful sanctions imposed by the United States against the Iranian nation which have led to the violation of many of the fundamental human rights of this honourable nation, and has just expressed a few short and weak sentences!”

It seems that the efforts by the Office of the High Commissioner for Human Rights (OHCHR) to create minorities and cause rift among the united nation of Iran are in line with the political program of a few specific governments whose enmity towards the Iranian nation is obvious, Khatibzadeh noted.

“These governments are the abusers of the lofty concept of human rights and the main proponents of anti-human rights political resolutions against the Islamic Republic of Iran at the Human Rights Council and the UN General Assembly,” added the foreign ministry spokesman.

Khatibzadeh stated that the Islamic Republic of Iran respects its citizens’ right to hold peaceful gatherings, and the country’s authorities at the highest level have acknowledged the existence of water problems in the region and the people’s right to peaceful protests.

He added that the presence of the police and law enforcement in such gatherings in order to prevent riots and damage to people and public property is legal and accepted in accordance with international norms and regulations.

“At the same time the martyrdom of one police officer and the injuries of others indicate the infiltration of foreign-affiliated elements into the ranks of the protesters that is aimed at inciting sedition and creating fake conflicts,” he added.

The UN High Commissioner for Human Rights Michelle Bachelet on Friday urged the Iranian authorities to put focus on taking immediate action to deal with the chronic water shortage in the province of Khuzestan, rather than using force and widespread arrests to repress the protests.

“The impact of the devastating water crisis on life, health and prosperity of the people of Khuzestan should be the focus of the Government’s attention, not the protests carried out by people driven to desperation by years of neglect. I am extremely concerned about the deaths and injuries that have occurred over the past week, as well as the widespread arrests and detention,” said Bachelet.

Over the past days, protesters took to the streets in Khuzestan and Lorestan province, chanting slogans to demand access to water for their cattle and farmlands.

Several people have been killed in the water protests in the southwest, but the government blames the deaths on rioters, not the security forces.