Talks with Iran as Valuable as Nobel Prize for Trump: Ex-Envoy 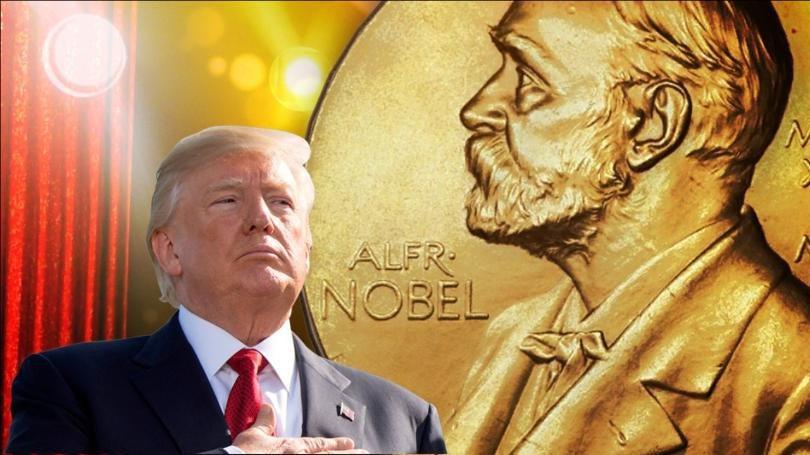 A former Iranian ambassador says the US administration is so obsessed with the plans for talks with Iran that entering direct negotiations with Tehran would be just as precious as winning the Nobel prize in the eyes of US President Donald Trump.

In an interview with Khabar Online, Iran’s former ambassador to the Republic of Azerbaijan Mohsen Pakaein expounded on the main purposes of President Hassan Rouhani’s tour of East Asia.

He said the Iranian president’s visit to Malaysia for the KL Summit 2019 would provide a perfect opportunity for the bilateral meetings and multilateral negotiations to resolve the Islamic world’s woes and de-escalate the regional tensions.

On the Iranian president’s plan to visit Japan after Malaysia, Pakaein said Japanese Prime Minister Abe Shinzo had already received a “negative response” from Iran when he conveyed a message from the US during his trip to Tehran a couple of months ago.

Deploring Washington’s policy of sanctions and pressures against Iran, the former ambassador said even a prisoner swap between Iran and the US would not be regarded as a “positive pulse” given the White House’s hostile plots against the Islamic Republic.

“As a result, the Japanese will not receive a positive response about the US talks during Mr. Rouhani’s visit,” he noted.

Asked about the US administration’s desperate need for a political achievement ahead of the next US presidential election and Washington’s possible attempts to use Japan as a mediator to move closer to Iran, Pakaein said, “Trump has had no achievement in the diplomatic sphere, and has even ruined Barack Obama’s achievements, as it has turned into Donald Trump’s Achilles’ heel and has been taken advantage of by the Democrats.”

“Trump has had a failed policy towards North Korea, West Asia, and countries like Syria, Yemen and Afghanistan. We clearly saw his blatant mistake of pulling the United States out of the JCPOA, which was yet another achievement of the Obama administration,” he added.

“What he (Trump) is pursuing for now is persuading Iran to hold talks despite a broad range of sanctions,” the former ambassador noted.

“The US administration’s talks with Iran is so important for Trump that a European official has recently told an Iranian official that for Trump, dialogue with the Iranian authorities is as significant as winning the Nobel prize,” Pakaein stated.

Highlighting Trump’s failure to celebrate any foreign policy achievement in his tenure, the ex-envoy said the US leader seeks to hold talks with Iran without making any concessions.

“Iran has made it clear several times that it would never accede to (US’ call for) talks under the sanctions,” Pakaein underscored, adding, “On the other hand, Japan has behaved in such a way that obeys the US sanctions, and it’s unlikely that some progress will be made in this regard and on the economic subjects during Mr. Rouhani’s trip to that country (Japan).”

“However, it does not mean that the presidential visit was not necessary at this juncture, because the country (Iran) requires such diplomatic movements, while other issues such as the Middle East and regional security could be among the other major topics,” the Iranian diplomat concluded.