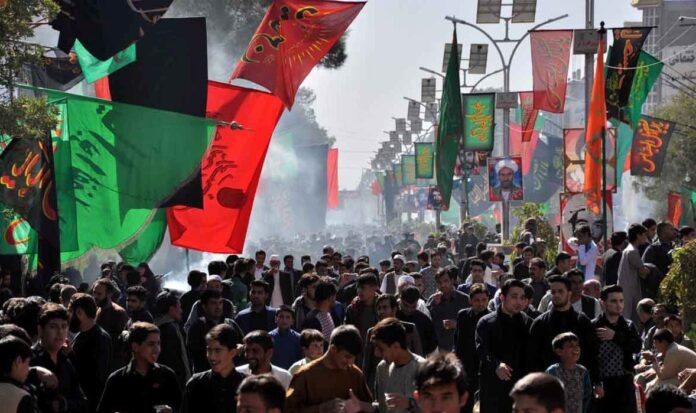 A regional official of the Taliban in north west Afghanistan says Shiites can hold mourning ceremonies, held every year during the Muslim calendar month of Ramadan, with peace of mind as they will no threat for doing so.

The militants’ official in charge of cultural affairs Molavi Zabihollah Nourani in the north west said they will not create any problems for Shiite citizens of Afghanistan, adding that the group has no problem with Muharram ceremonies.

“Our Shiite brothers can rest assured that they will face no threat from our side and they can go after their activities and mourning ceremonies with peace of mind,” he told Afghanistan’s AVA Press news agency.

In reaction, an Iranian expert on social and religious affairs welcomed the announcement.

“Fortunately the Taliban have no problem with marking of the month of Muharram and have so far had a proper treatment with Shiites,” said Hossein Naderi.

“The current Taliban are different with the Taliban of 20 years ago. They have come to the conclusion that they should keep their Shiite brothers at their side and, as long as I know, the Shiite population [in Afghanistan] is also pleased with how the Taliban are treating them.”

Nearly 14 centuries ago, Shiites third Imam and the grandson of Islam’s holy Prophet Mohammad, along with dozens of members of his family and companions, was martyred on the tenth day of the lunar month of Muharram, known as Ashura. Shiites mark the occasion with mourning ceremonies around the world every year.

“Imam Hossein, peace be upon him, does not solely belong to Shiites. He is the grandson of the Prophet (peace be upon him) and belongs to all Muslims and the humanity can follow the Ashura uprising as a model to learn lessons about life,” Naderi said.

This comes as reports from the city of Mazar-i-Sharif in northern Afghanistan show mourners held street processions on the seventh day of Muharram without facing any disruption or interference by the Taliban.