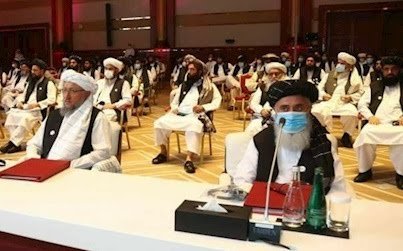 Iran’s foreign minister says the country has not yet removed the Taliban from its list of terrorist groups despite supporting the negotiations between the militant group and the Afghan government.

In an interview with Afghanistan’s TOLO News channel, Mohammad Javad Zarif once again highlighted the need for the withdrawal of American troops from the region.

He made the comment after TOLO News explained that Iran has insisted that US troops must leave the region following the US assassination of top Iranian general Qassem Soleimani.

“If the Afghan government is interested, these can be the best forces that can help Afghanistan,” he replied.

As announced TOLO News, the full interview with Zarif will be aired at 21 pm on Monday, December 21, 2020.