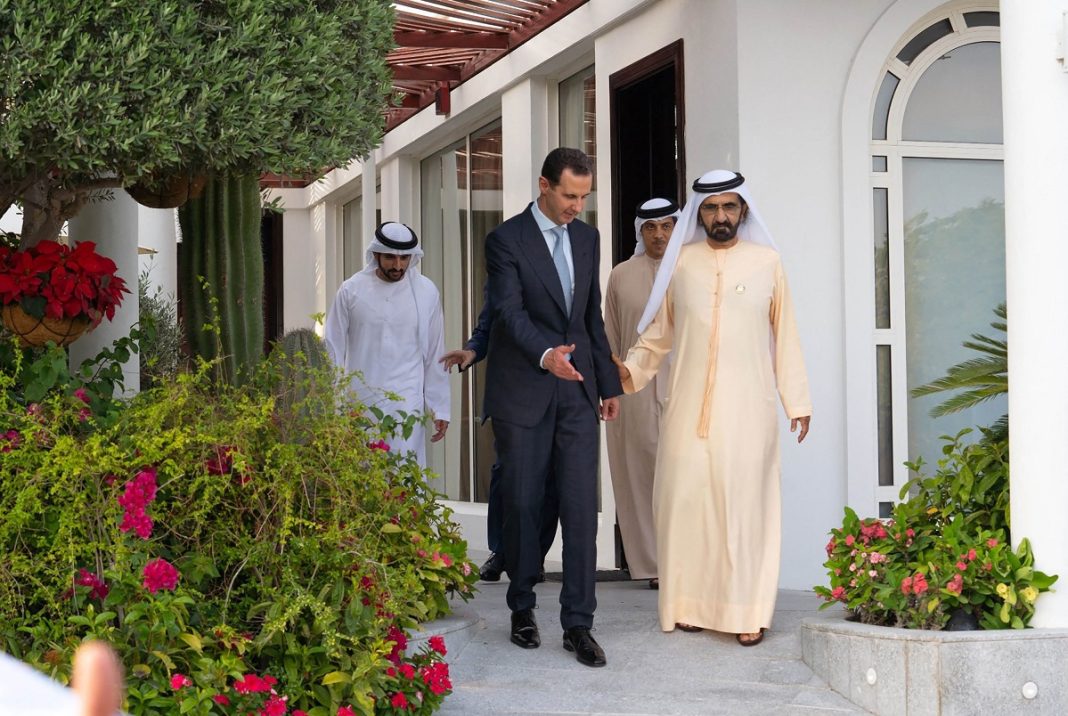 Syrian President Bashar al-Assad has met Dubai’s ruler Sheikh Mohammed bin Rashid Al Maktoum in Dubai, the Syrian presidency announced in a statement. This is Syrian leader's first visit to an Arab state since the war began in 2011.

The meeting comes days after the 11th anniversary of the beginning of the uprising in Syria, which ultimately has not succeeded in unseating al-Assad.

The meeting between Assad and Al Maktoum “dealt with the overall relations between the two countries and the prospects for expanding the circle of bilateral cooperation, especially at the economic, investment and commercial levels,” Syria’s state news agency SANA reported.

WAM, a UAE news agency, reported that the two leaders discussed “issues of common concern”, such as Syria’s territorial integrity and the withdrawal of foreign forces from the country.

The visit sends the clearest signal yet that some countries in the Arab world are willing to re-engage with Syria’s once widely shunned president. Several Arab countries are reviving ties with Assad, including Jordan and Lebanon, which have urged the US to ease sanctions on Damascus in order to bolster trade.

Syria was expelled from the 22-member Arab League and boycotted by its neighbours after the conflict broke out 11 years ago. Hundreds of thousands of people have been killed in the war, which displaced half of Syria’s population. Large parts of Syria have been destroyed and reconstruction would cost tens of billions of dollars.

Arab and Western countries generally blamed al-Assad for the deadly crackdown on the 2011 protests that evolved into civil war, and supported the opposition in the early days of the conflict. Assad’s Syrian government has also been accused of war crimes and crimes against humanity by human rights organisations. Damascus has denied all these allegations.

However, with the war having fallen into a deadlock and Assad recovering control over most of the country thanks to military assistance from allies Russia and Iran, a number of Arab countries have inched closer towards restoring ties with Assad in recent years.

A key motive for some of the Arab countries of the Persian Gulf, such as the UAE and Saudi Arabia, is to blunt the involvement of their foe, Iran, which saw “its influence expand rapidly in the chaos of Syria’s war”.

The UAE in particular has attempted to reach out to Assad, with the UAE’s foreign minister, Sheikh Abdullah bin Zayed, visiting the Syrian president in Damascus in November, the first Emirati official to visit since 2011.