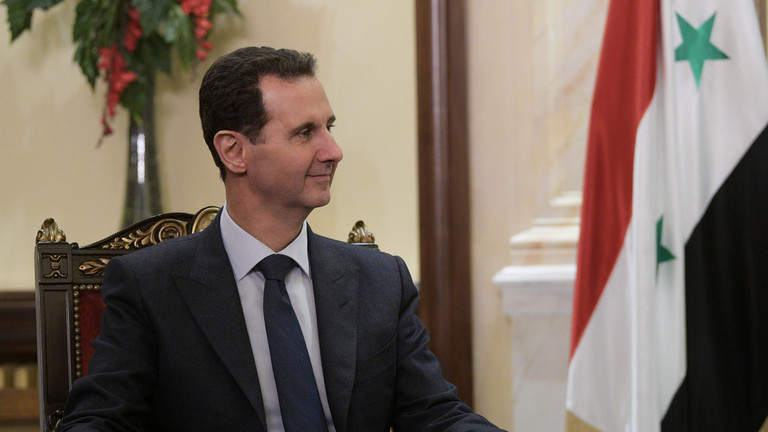 Syrian President Bashar al-Assad held talks with Ali Asghar Khaji, Senior Advisor for Political Affairs to Iran’s Foreign Minister, in Damascus on Tuesday. They have discussed a range of issues including the Astana process, the nuclear talks in Vienna and Russia-Ukraine war.

During the meeting, the latest developments in Syria and bilateral relations, the Vienna talks, the Ukraine crisis, the continuation of the Astana process and the talks of the Syrian Constitutional Committee were discussed.

Referring to the developments on the ground in Syria and the opening up of its ties with other countries, the senior advisor to the Iranian foreign minister underlined that that the policy of isolating Syria perused by the West has failed.

Khaji also reiterated that holding a meeting of the foreign ministers of the Astana format members and also a summit of their presidents in Tehran is being pursued.

The latest developments in Ukraine were then discussed, as well as the role of the United States and NATO in creating the crisis there and its regional and international ramifications.

Assad also referred to the dramatic developments in the region and the world and the strategic relations between Iran and Syria.

He then underlined the need to continue consultations between the two countries, especially at turning points of regional developments.

He also stressed the Syrian government’s support for the continuation of the Syrian political process and national dialogue in the form of the Astana format and the Constitutional Committee.