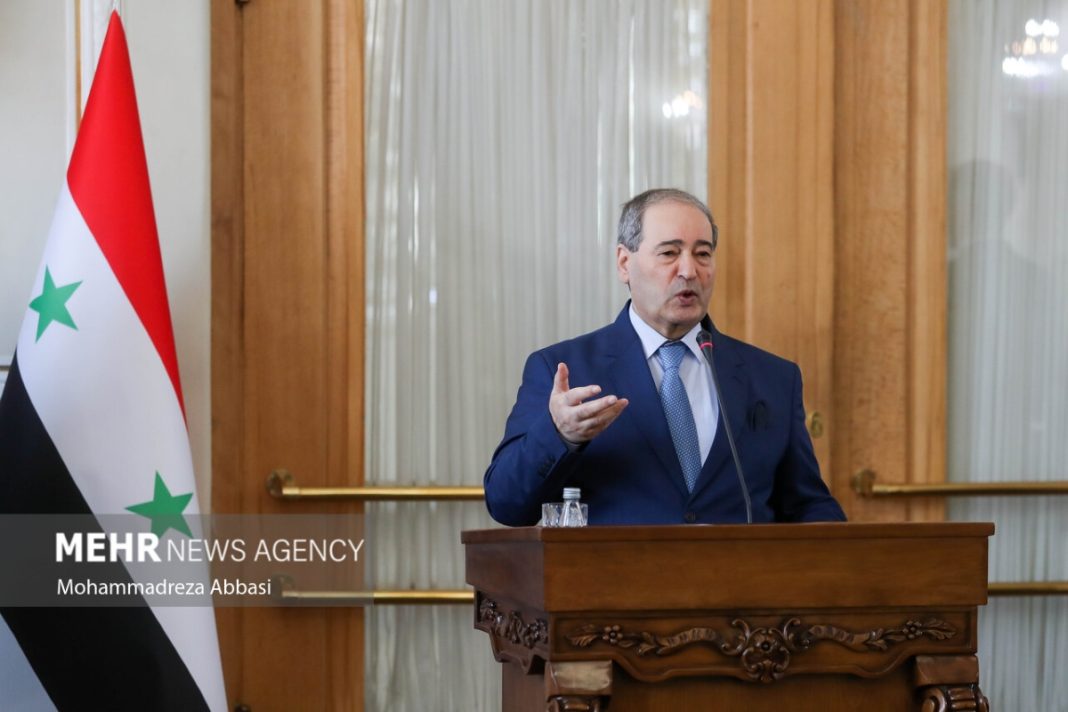 Syria’s foreign minister, who is visiting Tehran, says the era of the United States’ hegemony is over.

Faisal Mekdad, who was speaking in a joint presser with his Iranian counterpart Hossein Amirabdollahian on Wednesday stressed that Damascus welcomes efforts by the trilateral summit of the guarantors of the Astana peace process – Iran, Russia, Turkey — in Tehran, that aims to protect the territorial integrity and stability of Syria.

Mekdad noted that any solution for the Syrian crisis should be lasting and led by Syrians while protecting their national interests.

He described the Tehran summit as positive, saying the only drawback was certain “disruptive measures” by Turkey.

“It is not in the interest Turkey, or any other country, to breach Syria’s border under the pretext of creating a so-called buffer zone,” he said in reference to Turkey’s plans for a military operation in northern Syria to fight Kurdish forces.

Mekdad warned that such a step will undermine regional security and damage the ties with Ankara.

He also warned that Syria will protect its security and national sovereignty, hinting that any war will be lengthy and costly.

He also condemned the “illegal presence of the US” with the aim of “supporting terrorists” in northeastern Syria.

“The era of the US’s hegemony is over and we should be witnessing a multi-polar world,” he said.

The foreign minister also called for the US withdrawal from the “strategic” and “resource-rich” region.

He also thanked Iran for standing with the people of Syria during the country’s war on terror and vowed that Iran will continue to be part of Syria’s reconstruction efforts.