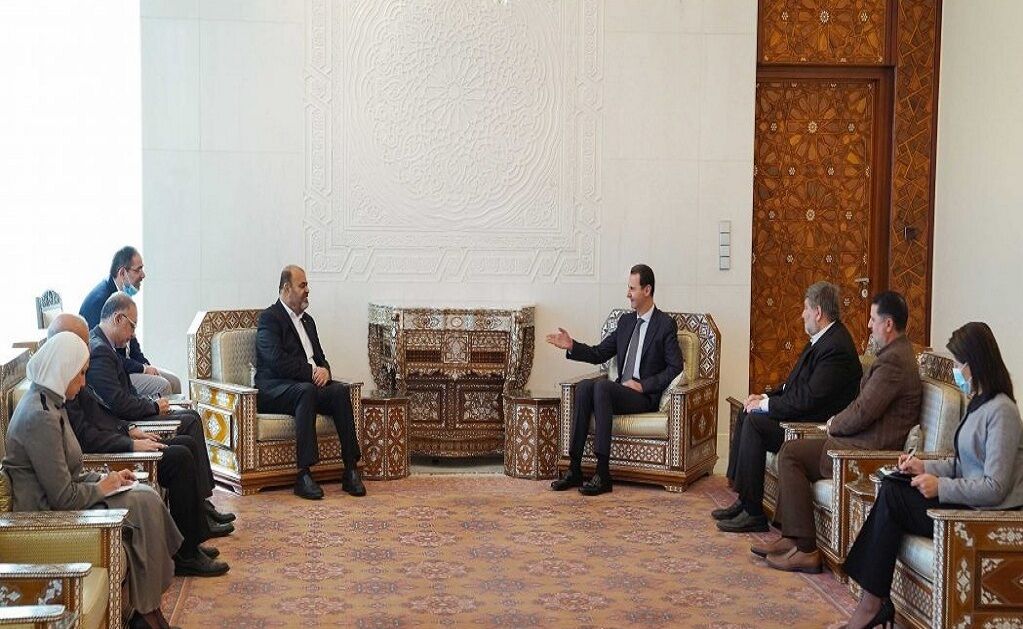 Assad was speaking in a meeting with Iran’s Minister of Roads and Urban Development Rostam Qassemi in Damascus on Wednesday.

Qassemi also said Iran is keen to boost ties with Syria in all fields.

Assad and Qassemi also discussed ways to expand bilateral cooperation in the public and private sectors and joint ventures with the aim of creating a new approach to trade and economic relations between the two countries.

The Iranian minister of roads and urban development also stressed Iran’s unwavering support for the resistance of the Syrian people against terrorism, and expressed Tehran’s interest in developing bilateral cooperation in all fields that serve the interests of the two friendly nations.

The Iranian minister is in Syria on a three-day visit at the head of a high-ranking economic and trade delegation. Last month, Syria invited Iranian companies to invest in its reconstruction process.

The country is recovering from massive destruction caused by a foreign-backed insurgency that began in 2011.