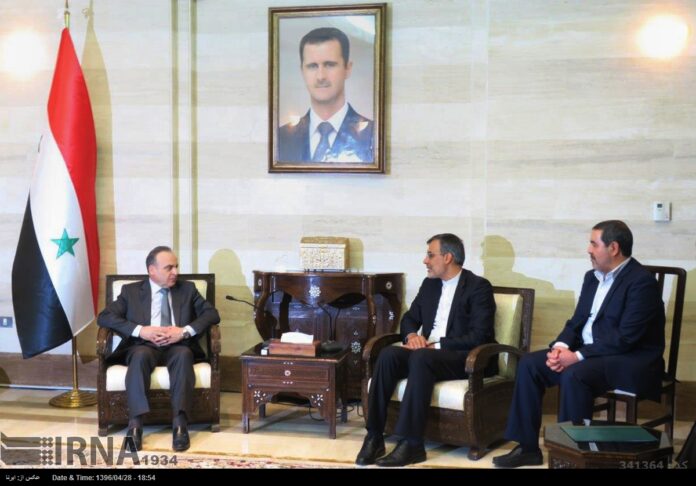 Syrian Prime Minister Imad Khamis has appreciated Iran’s economic support for Syria during the country’s civil war, and stressed that the economic relations between Tehran and Damascus need to be promoted.

In a Wednesday meeting with Iranian Deputy Foreign Minister for Arab and African Affairs Hossein Jaberi Ansari in Damascus, Syrian PM Khamis appreciated Iran’s economic and political support for Syria, and emphasized that business ties between the two countries have to be boosted.

“I hope we will soon host him [Jahangiri] in our country so that we could follow up and reach agreements on various areas of mutual economic cooperation,” he added.

The two sides also discussed current developments and cooperation between the two countries in various economic and political fields.

The Iranian diplomat, for his part, touched upon the strategic relations between the two countries and stressed the necessity of implementing the economic deals already sealed between the two sides.

Jaberi Ansari arrived in Damascus on Tuesday night on an official two-day visit.