Surge in Production at Hand When Iran Can Launch Satellite: Leader 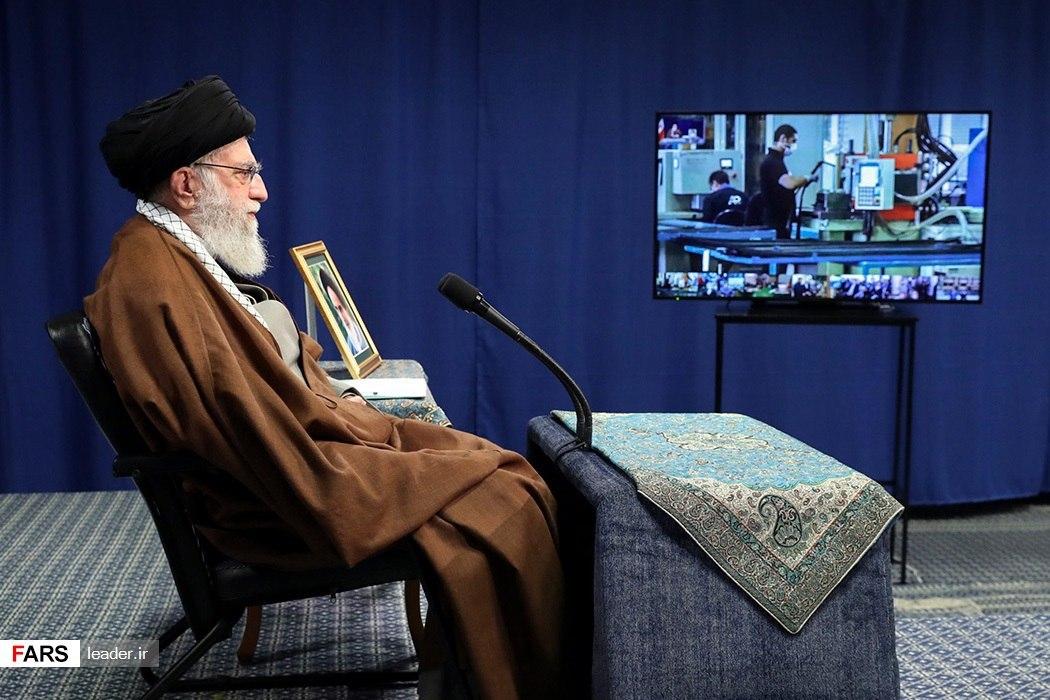 Leader of Iran’s Islamic Revolution Ayatollah Seyyed Ali Khamenei says this year’s target of a surge in domestic production would be totally achievable when the country has managed to launch a homegrown satellite into space.

Ayatollah Khamenei on Wednesday held a video conference with seven active manufacturers from different parts of Iran on the occasion of Laborers Week and as part of efforts to pursue the slogan of the year, “A Surge in Production”.

In the online meeting, the managers and a number of exemplary laborers delivered reports on the status of production and about their achievements, issues and problems. They also put forward solutions and proposals for settling the existing problems and realizing the slogan of the year.

In his remarks, Ayatollah Khamenei stressed the need to protect the natural rights of laborers, including a fair salary, regular pay without delays, and job security.

The Leader also praised the employers who have not laid off any employee after the outbreak of the coronavirus, describing it as a good approach.

“A key point is respecting workers’ rights. Fair and punctual payments and job security, which I’ve always stressed, are very important. Some of these gentlemen have mentioned that they haven’t fired any workers following the economic problems due to the coronavirus outbreak. This is very good,” the Leader said.

“Insurance, training, welfare and health services are workers’ rights and the responsibility of employers. Of course, if the needs of workers’ families including their children’s education are fulfilled, it will strengthen workers-employers relations, which is an auspicious thing,” Ayatollah Khamenei noted.

The Leader also highlighted the significance of domestic production in boosting the economy, saying, “Production can be compared to the body’s immune system. That is, if production is favorable and growing, invasive viruses like sanctions and oil prices cannot harm our economy.”

“Some of our worker friends had complaints about legislation that overlooked workers’ opinions. Such regulations should definitely be designed justly, and business owners should take this into consideration,” Khamenei.ir quoted the Leader as saying in the video conference.

“Some people keep saying it’s impossible and we can’t, but we can. When we can launch a satellite into space with a speed of 7,500 m/s, have put a satellite into orbit, and have made significant progress in the defense industry, then we can achieve a surge in production too,” Ayatollah Khamenei underscored.

“The Iranian wisdom and thought that can build a satellite and set a goal of a 36,000 km orbit for the next satellite, certainly enjoy the same spirit, innovation and creativity needed to produce cars with a consumption of 5 litres/100 km and for production in other sectors,” the Leader added.
Last month, the Islamic Revolution Guard Corps (IRGC) successfully launched Iran’s first military satellite, dubbed Noor, into orbit.

The homegrown satellite was launched with a three-stage satellite carrier, dubbed Qassed (messenger), from a launch pad in Dasht-e Kavir, a large desert in central Iran.