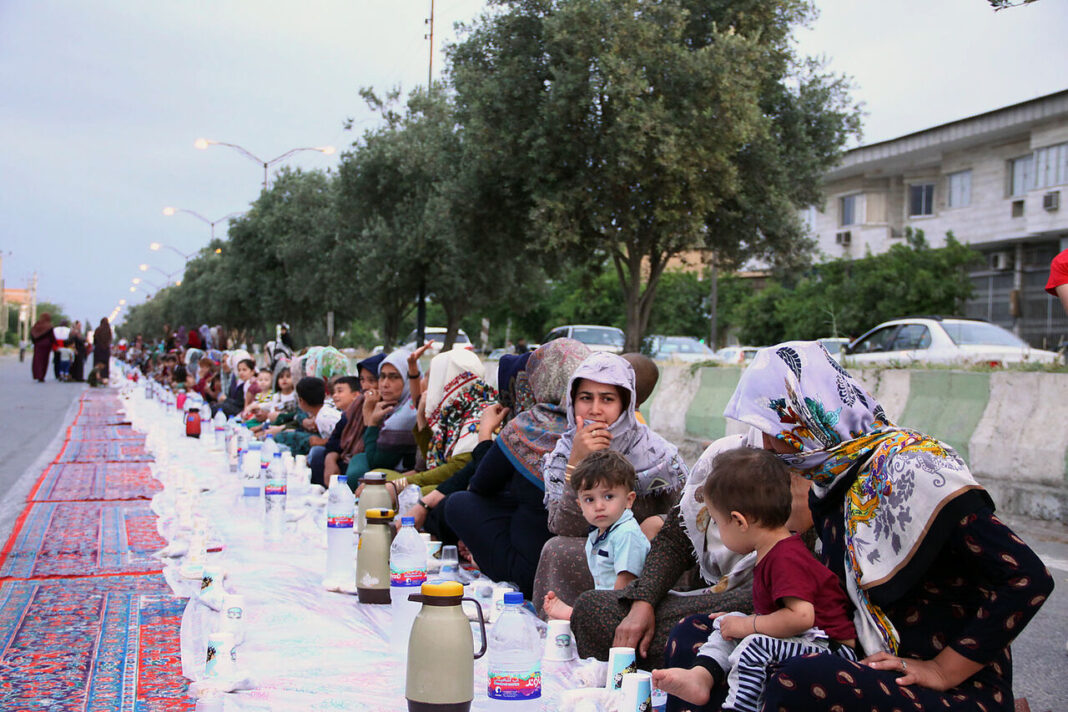 The longest fast-breaking table in the holy month of Ramadan has been set in a Sunni-majority flood-stricken town in northern Iran.

The one-thousand-metre table was set for some 4,000 locals in Aq-Qala in Golestan province on May 26, 2019, which marked the anniversary of the martyrdom of Imam Ali, the first Imam of Shiites.

The initiative was sponsored by the office of the Leader’s representative in Sunnis’ affairs in the north of the country, the Governor’s Office and other state institutions of Aq-Qala as well as several charity associations.

The theme of the fast-breaking reception was “unity, rapport and empathy.”

Aq-Qala lies 15 kilometres north of the provincial capital of Gorgan. Aq-Qala was struck by heavy floods months ago.

Large parts of the Sunni-majority town, most of whose population are Turkmens, were inundated in the flooding.