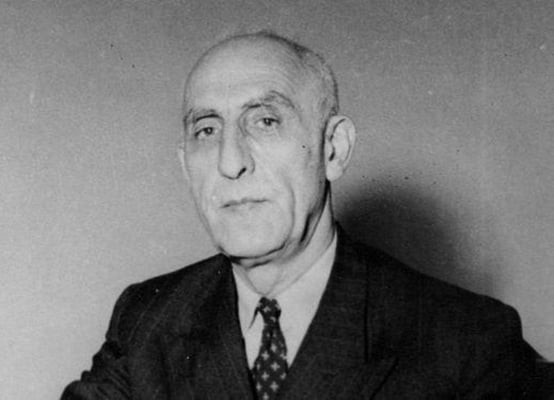 After long debates over the naming of an important part of Tehran after Iran’s most famous prime minister, the City Council finally changed Tehran’s Naft (oil) street to Mohammad Mosaddeq, the man who nationalized Iran’s oil industry.

The renaming was approved by the reformist City Council of Tehran on March 13, on the eve of the anniversary of the nationalization of Iran’s oil industry.

The move was aimed at commemorating Mosaddeq, who is credited for nationalizing Iran’s British-run oil industry in 1951.

The renamed street (Naft) is a relatively small one located in Mirdamad neighbourhood in northern Tehran, the Persian-language Khabar Online reported earlier this week.

A few months ago, a proposal was put forward at the council to name Northern Kargar, a major street in downtown Tehran, after the former prime minister over 50 years after his demise.

But the move generated considerable controversies, causing the proposal to be rejected.

Mosaddeq has been a divisive figure in Iranian political circles since the Islamic Revolution of 1979.

Shortly after the revolution, the longest street in Tehran called Pahlavi at the time was renamed to Mosaddeq. However, oppositions prompted city officials to rename the street to Valiasr.

In what was reminiscent of the 1979 experience, last March’s decision by Tehran City Council drew criticism from some figures and outlets affiliated with the principlist camp, who said the former prime minister does not deserve such a favour.

Among them was Mahmoud Kashani, the son of Ayatollah Abolqassem Kashani, who said some acts of Mosaddeq could amount to “betrayal”.

Ayatollah Kashani, seen as one of nationalism heroes, was Mosaddeq’s main clerical supporter who headed the religious wing of the nationalization movement.

However, the two were split shortly after the victory of the nationalization of Iran’s oil industry.

Only two years later, Mosaddeq’s democratically-elected government was overthrown through a coup orchestrated by the US and UK secret services.

Some historians believe the Iranian premier made a big mistake by turning to the US in the hope they will help him counter the imperialist British government.

The US and UK for years kept mum on their role behind the coup, which saved the throne of despotic former Shah Mohammad Reza Pahlavi.

However, in 2000, as part of an effort to mend relations with Iran, then-US Secretary of State Madeleine Albright admitted that the US had ‘played a significant role’ in overthrowing Mosaddeq.

“The coup was clearly a setback for Iran’s political development, and it is easy to see now why many Iranians continue to resent this intervention by America in their internal affairs,” she said.