Story of Lonely Man Who Lives in Darkness

Issa, an Iranian visually challenged man, thinks the whole town is blind as no one cares about him.

The Laft village in southern Iran is known for its wind-catchers (wind-towers), narrow alleys and palm trees. Any visitor to Qeshm Island in Persian Gulf is mesmerized by the scenic beauty of Laft, its tropical trees, tall palm trees, beautiful sea and the floating Hara forest. But take this advice, do not forget Issa should you happen to visit Laft.

Years ago, residents of Laft came down with a strange disease. A deadly disease broke out among locals and blinded villagers. Issa, blinded by the same disease, is a survivor of the epidemic.

“Laft has been known as the town of the blind since then,” he says, according to a Farsi report by ISNA. 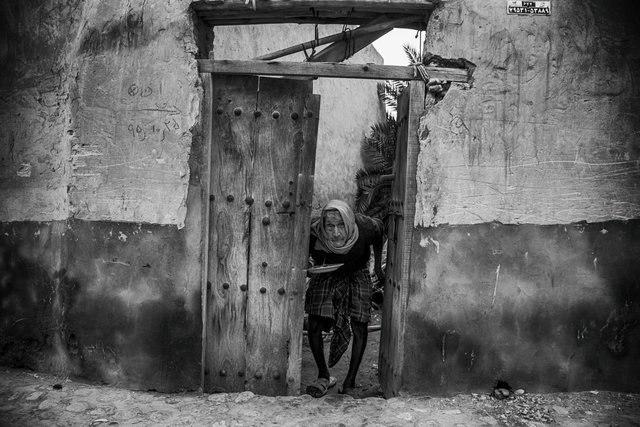 Issa says he is 105 years old, but his neighbours say he is 90. He went blind at the age of seven due to the disease. This changed his life: dark and vague, so to speak. Still, he would go fishing at sea during his youth. Locals say he is very good at finding paths and addresses even though he cannot see, and that he knows the sea very well.

He got married twice. Both of his wives were visually challenged, too. They have both died. He has no children, either. So, he is alone, completely alone.

Issa’s heart is full of pain. Senility on the one hand, and loneliness on the other. Issa’s house – a tumbledown, to be exact – is surrounded by garbage. There is no piped water, either. One of Issa’s neighbours has agreed to provide his food and tea. To return his neighbour’s favour, Issa has signed over the dilapidated house to him. For Issa, his neighbour is a shoulder to cry on.

He attends mass prayers in the mosque five times a day. He also takes a 4-litre container of water with him to the mosque to perform ablutions and all. He does not have an identification card, nor does he receive cash subsidies or any other government services. 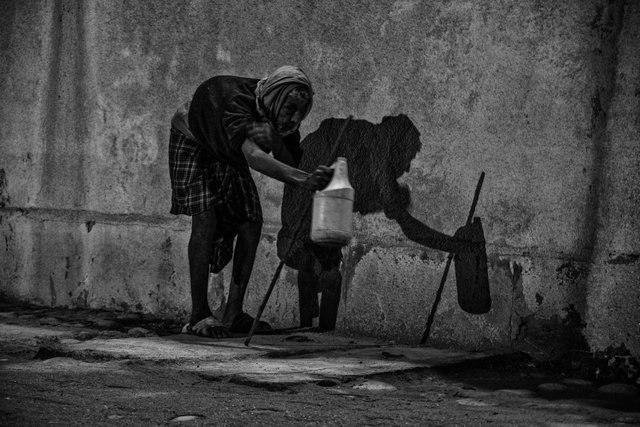 He has grievances because no one pays attention to him, and no one cares that the roof of his house is collapsing.

“You know, even the cats in the neighbourhood know that I cannot see. So, they take the chance, take my food and eat it,” Issa says.

Issa is an ordinary person like all of us. The only difference is that he cannot see the world as colourful as we do. He just sees darkness. Why don’t we care about him, so much so that he really thinks he lives in the town of the blind?