State oil ownership is in contradiction with democracy 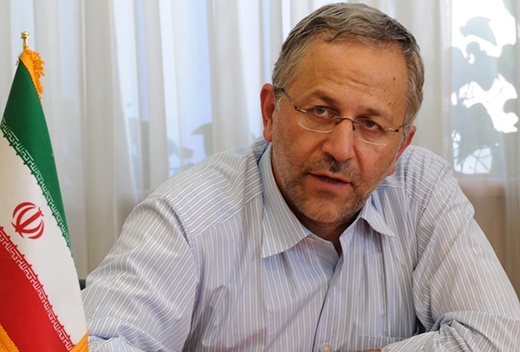 Farhad Nili, the director of the Monetary and Banking Research Institute, has said that an economy without oil can be envisioned for Iran.

The director of Iran’s Monetary and Banking Research Institute has said that mismanagement of the oil sector has undermined rationality in the administration of affairs in the country, adding that thanks to oil, politicians have abandoned the principle of accountability.

In an interview with Tasnim News Agency on January 25, Farhad Nili expanded on the country’s economic problems and took a swipe at Iran’s oil-driven economy. The following is a partial translation of Nili’s remarks in the interview:

The country’s dependence on oil resembles what is done in rainfed agriculture in which the farmer waits for rainfall to see the fruits of his work, unlike the irrigated agriculture which has nothing to do with precipitation. In economy, a rise in oil prices is similar to abundant rainfall for rainfed farmers, and vice-versa. […]

Dependence on oil can be looked at from two angles. From a financial viewpoint, the government sells oil on behalf of people and spends the money on the national economy. Inevitably the country’s budget is drawn up based on oil revenues. […]

Creation of the Foreign Exchange Reserve Fund during the third national development plan was a good idea, but it failed in practice. Its replacement – the National Development Fund – has in fact increased Iran’s dependence on oil revenues.

That the country balances its spending package based on oil prices has caused multiple problems: the government’s revenues swell or shrink due to the developments of the oil market; political managers feel no need for being accountable to the public and secure their satisfaction; and the foreign exchange rate – a political variable – has become a decisive factor in the economy.

Another angle has to do with foreign trade. Oil exports account for the bulk of hard currency Iran earns. Over the past years, Iran has exported non-oil items such as dried fruits and handicrafts, but such exports are limited. Like rainfed agriculture, a rise in crude prices results in a hike in imports. […]

Both before and after the revolution, oil price hikes have contributed to the inflow of imported items. Unlike the Shah, who had accepted to let Iran be integrated into global economy, the ownership regime the post-revolution Iran has set up for oil is in contradiction with democracy; it is not in conformity with domestic production-based economy either.

If Iran runs into difficulty collecting oil revenues, it will face challenges, both in financial and foreign trade sectors. It needs to change the structures and base its economy – like rainfed agriculture – on domestic production, not on oil revenues.

An economy without oil is not a remote possibility. To make it happen, two options are available: First, like a resourceful farmer the country should store water – oil revenues for the national economy – in a reservoir and channel it to different sections through pipelines. Second, it can dig a well and search for sources other than rainfall.

Iran should take these two measures simultaneously. It should turn the abrupt, accidental inflow of oil into a limited, regular and managed circulation. Establishment of a stabilization fund [a mechanism set up by the government or central bank to insulate the domestic economy from large influxes of revenue and from commodities such as oil] is what world nations have done in this regard.

Countries have invested the revenues they earn from natural resources in these funds and injected the returns into the economy. Iran’s oil revenues cannot be funneled into the economy due to the immaturity of economic structures. Iran should first invest and manage these revenues. It needs to turn oil into human capital which will – in turn – improve productivity. An economy becomes resistant when it relies on its own potential.

Resistance-based economy is the opposite of an oil-driven economy. It is the only exit strategy from the current situation. To help resistance-based economy become a reality, Iran should check the flow of oil [revenues] into the economy, reduce dependence on oil and overhaul its structures to base its economy on national production.

Oil is a boon, not a problem, but mismanagement of oil revenues has culminated in a structure which has weakened rationality as far as the administration of affairs is concerned. Unaccountability is to blame too. Officials should be accountable for every single petrodollar [they spend]. Transparency and accountability will boost rationality in management and help curb corruption.

The country’s problems should not all be blamed on sanctions. Iran could have seized the opportunity over the years to change its economic structures and offset the blow of sanctions. If imports start to flood Iran after sanctions are removed, it would mean that the country is repeating the past trend making the economy more dependent. If the reverse holds true, Iran can be hopeful about an economic boom down the line.

By imposing sanctions, the enemy has targeted Iran’s revenues. To counterbalance the effects of sanctions, Iran has to change its current economic structure in which oil has a big say. Iran has no other option but adopt an endogenous approach to economy and bolster national production.