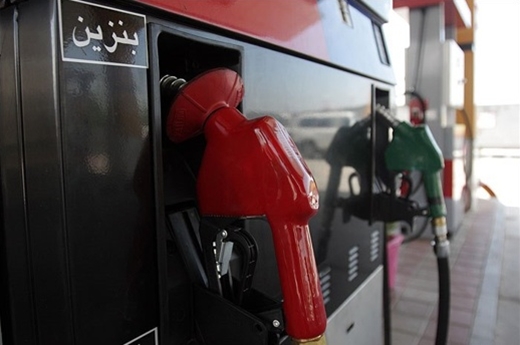 Sadegh Zibakalam has asked in a letter to the government spokesman to explain to people the positive results the government decision to raise gasoline prices will produce in the long run.

Tehran University professor Sadegh Zibakalam has – in a letter – supported government’s decision to scrap gasoline subsidies and raise prices at the pump, criticizing the government spokesman for his failure to offer adequate explanation on the decision.

Fararu, a news website, on May 30 released Zibakalam’s letter to Mohammad Bagher Nobakht, who is also the head of the Management and Planning Organization. The following is the translation of the letter:

One question that seems regrettably astonishing about the eleventh government – that is trying to administer justice – is the failure of its officials to stand by the decisions they make.

[Former President] Dr. Mahmoud Ahmadinejad used to display a lot of determination, willpower and guts in taking awkward steps and making unwise decisions. But you and your colleagues in the eleventh government lack one-third or even one-tenth of what he [Ahmadinejad] did when it comes to your wise and prudent decisions.

Payment of [monthly] cash subsidies and a recent decision to raise gasoline prices are perfect examples of the absence of such resoluteness. Personally I do not know of a country and government in which officials have inflicted damage on the nation anywhere close to the havoc Mr. Ahmadinejad caused in Iran’s economy through payment of cash subsidies.

Although the disastrous nature of that decision [distribution of monthly cash subsidies] and its catastrophic impacts on the country’s macro-economy were crystal clear, he implemented the decision – or the enormous disaster, better to say – so resolutely, confidently and decisively that any unaware viewer would imagine that the decision had come on the back of intensive studies by the most outstanding economists and development scholars.

However when your government [the Rouhani administration] faces this historical catastrophe and a question as to what should be done at least about the payment of subsidies for high-income families, you start to stammer instead of saying – loud and clear – that populism was the sole motive behind this unprecedented catastrophe which afflicted this nation the hardest over the course of history.

You announce in the morning that you are about to cut the subsidies of the wealthy; in the afternoon you deny what you said [in the morning]; in the evening you say that Islam does not allow us to glean information on the possessions of citizens, and later in the evening you say yet another thing. And at the end of the month, you put another spoonful of poison in the mouth of Iran’s beleaguered economy by dishing out the monthly allowances – in bulk – to 78 million people. In other words, you lack the valor to bring the curtain down on this economic suicide.

Your recent decision on raising gasoline prices is a similar story. Dear Mr. Nobakht! Not only do governments in almost all countries sell gasoline to consumers at cost price, but they also channel the fuel tax revenues – several times the cost price – into plans to boost the education and health sectors, develop public transport and assist low-income strata in society.

Due to an inefficient state-run economic structure, our country collects no tax revenues from gasoline, nor does it even charge consumers at the pump the gasoline’s cost price. The international price tag on imported gasoline is roughly 55 cents (per liter); excluding the transport fees, government pays around 23 cents in “hidden subsidies” to customers for every liter of gasoline it sells.

In other countries, however, governments at times collect as much as $1.3 in taxes for very liter of gasoline. The first downside of gasoline pricing (as well as that of diesel and other oil derivatives) is the way justice is dispensed. The households that don’t have a car get no share of such subsidies, but those who own a car are given the subsidies anytime they fill up their tanks. The more cars one household owns (read the wealthier they are) they are given more in subsidies.

Violation of justice has not been the only ramification of the unreasonable gasoline pricing. Low prices have encouraged motorists to favor their personal cars over public transport. Low prices also cause heavy traffic congestion and air pollution in cities, and oversee the national wealth going to waste.

When your government takes a wise step in this regard, your attitude in interviews explaining the government’s decision looks as if you have committed a serious crime and acted in bad faith.

Mr. Nobakht! Instead of justifying, explaining or even settling [the controversy over] gasoline price hikes, stand up firm for the wise and rational decision. Have no doubts, gasoline price hikes have been one [if not the only] wise decision you’ve [ever] taken.

Instead of hesitating and talking with people in an apologetic tone, explain to people that low gasoline prices have amounted to a national disaster and that they have been defrauded.

Explain to people that they paid a high price for gasoline prices – despite its apparently low rate – over the years. Clarify for people that low gasoline prices translate into injustice, practicing deception on the lower-income families in society, low pace of public transport development, air pollution in cities, more traffic congestions, and continuation of populist policies for which they [people] have paid a hefty price: risking their health and life.

Mr. Nobakht! Do not doubt that there is no need to sweeten the pill [each time you make a new decision]. At least for one time, try not to play the hero or savior for people and try to let them in on the truth the way it is. Be sure that it will not take you long to realize that you don’t have to sweeten the pill.