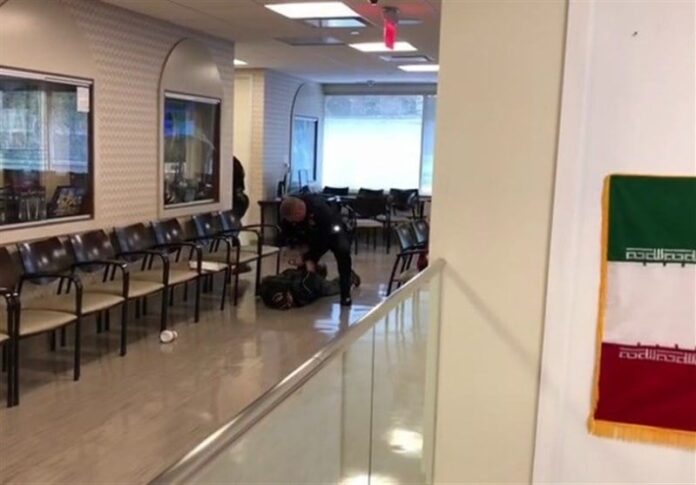 An individual attacking the interests section of Iran in Washington, D.C., with firearm and cold weapon was arrested by the US police after injuring a staffer.

Shouting slogans against the Islamic Republic, the armed assailant entered the office of Iran in the Pakistani embassy on Wednesday, injuring an employee who was later taken to the hospital.

The incident has closed the office, which only provides consular services for the Iranian nationals residing in the US and Canada and is not engaged in any political or diplomatic activities.

The US police have not still provided information on the attacker’s identity or motives.

The US Secret Service said in a statement that agents responded to reports of shots fired. The agents determined that no shots had been fired, but they arrested a man in possession of a weapon. He was charged with assault.