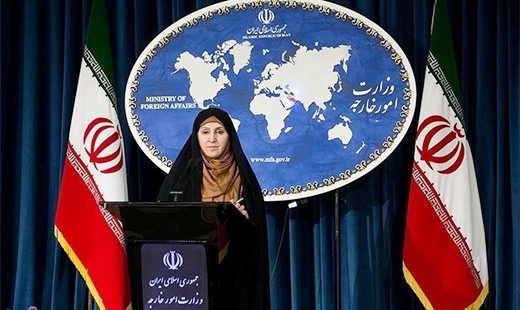 Manama had better take advantage of the good atmosphere of relations among the regional countries to settle its own internal crisis, said Afkham.

Iran’s Foreign Ministry spokeswoman dismissed as “baseless” the accusations raised by Bahrain’s Interior Ministry that a number of suspects behind a July bombing in the Arab country’s Sitra have alleged links with Iran.

“The sources of export of terrorism and the culture of violence are so well-known that such claims (against Iran) could not deceive anybody,” Marzieh Afkham said on Thursday.

Her comments came after Bahrain’s Interior Ministry in a statement earlier in the day claimed that five suspects arrested over a bombing in the kingdom’s eastern island of Sitra had been organized by people with links with the Islamic Revolution Guard Corps (IRGC).

On July 28, a bombing outside a school in Sitra killed two policemen and wounded six others. Bahraini authorities arrested several people in connection with the incident and claimed the attack was a “foreign attempt” to harm the Persian Gulf country’s stability.

Afkham also described the allegations as a “clumsy” attempt to defy the “constructive diplomatic trend” in the region following the conclusion of nuclear talks between Iran and P5+1 (Russia, China, the US, Britain, France and Germany).

Manama had better take advantage of the good atmosphere of relations among the regional countries to settle its own internal crisis, Afkham was quoted by Iran’s Foreign Ministry official website as saying.

Bahrain, a staunch ally of the US in the Persian Gulf region, has been witnessing almost daily protests against the ruling Al Khalifa dynasty since early 2011, with Manama using heavy-handed measures in an attempt to crush the demonstrations.

Saudi troops have been also deployed to Bahrain to assist in its crackdown on the peaceful protesters.