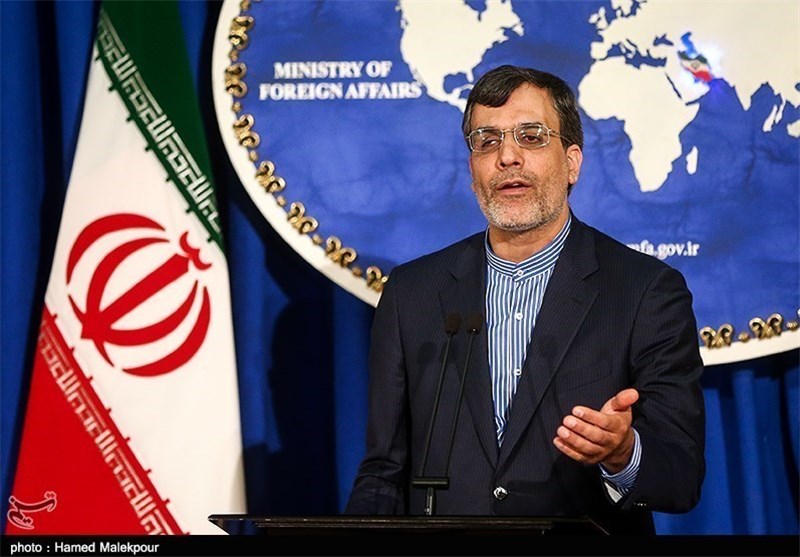 Iranian Foreign Ministry Spokesman Hossein Jaberi Ansari rejected recent remarks made by Saudi Foreign Minister Adel Al-Jubeir on Iran’s military presence in Iraq, saying that the Islamic Republic’s advisory mission there has been undertaken at the request of Baghdad.

“In order to recognize its own interests, friends and enemies, the Iraqi nation does not need statements by the Foreign Minister of a country which has been the biggest factor of instability and sponsor of terrorism in Iraq, the region and the world during the last decade and a half,” Jaberi Ansari said in a statement on Friday May 27.

“The presence of Iran’s military advisors in Iraq, under the command of Major General Qassem Soleimani, has been undertaken at the request of the legitimate government of Iraq, in order to confront the terrorists and extremists causing instability and insecurity in Iraq and the region,” he added.

Jaberi Ansari further called on the Saudi Foreign Minister to stop trying to deceive the public and distort facts, saying that he should remember that his country is now known as the number one and most dangerous sponsor of terrorism and insecurity in the world.

In an interview with news channel RT Arabic on Thursday May 26, Al-Jubeir claimed that Iran was interfering in the internal affairs of certain regional countries, including Iraq.

The remarks came as Iraq has been facing a growing threat of terrorism, mainly posed by the Daesh (ISIL or ISIS) terrorist group.