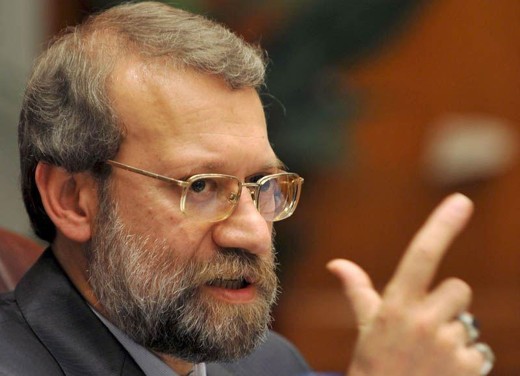 Speaking in the Majlis (parliament) public session this morning, Larijani said that certain members of US Congress are trying to sabotage the process of execution of Joint Comprehensive Plan Of Action (JCPOA).

US recent measures which limits travel to Iran is against the spirit of JCPOA, Larijani added.

He said that if US government does not prevent congress’s anti-Iranian measures, Iranian Majlis will adopt reciprocal measures.

The speaker underlined that if US Congress continues its hostile actions against Iran’s defensive capabilities; Iran may review its activities in defense and nuclear field.

Addressing the US Congress, Larijani said that if Iran’s Qods force did not stand against the terrorist groups, hundreds of terrorist actions similar to the Paris event could happen.

The Iranian speaker called the anti-Iranian US congressmen as Zionists recruits, adding that CIA is in fact a terrorist organization which has links with terrorist groups in Iraq and Afghanistan.