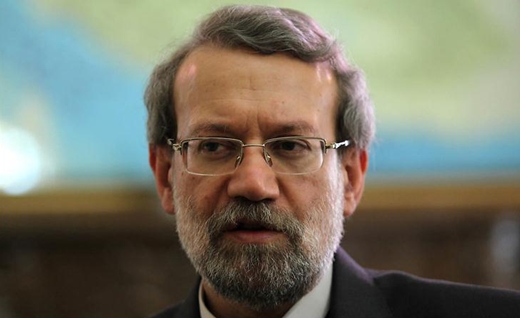 Speaker Ali Larijani has lashed out at those who criticize the nuclear negotiating team, saying baseless remarks on nuclear talks are against the country’s national security and the Supreme Leader’s wishes.

The speaker of the Islamic Consultative Assembly has slammed some remarks on nuclear talks, saying that publication and broadcasting of false news, or news based on insufficient knowledge on nuclear talks are against national security and against Supreme Leader’s words and will.

Ali Larijani made the remarks in a conference in Qom on June 2 and added, “Unfortunately, some people have felt they are religiously obliged to speak harshly and negatively against the nuclear negotiations and the government officials in addressing the people in gatherings, most of which are inclusive of false news and deviations of the truth”.

“A brother has in one of the provinces claimed that the nuclear sites in Iran have all been shut down, or another brother has elsewhere said that all of Iran’s nuclear haves and have not’s have been shipped to the America!’ he elaborated.

The top MP went on to say, “Someone else is intriguing the people arguing that the Leader is alone and the people should rush to the scene. The question in facing such comments is: why some people speak publicly without having access to proper information and knowledge?”

“Another question is: why some people accuse the Iranian nuclear negotiation team?’ asked Larijani.