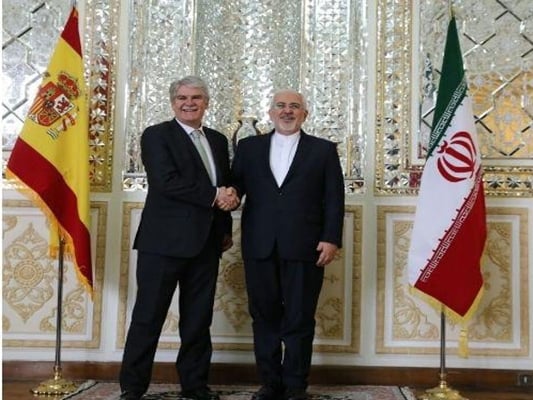 Spanish Foreign Minister Alfonso Dastis have expressed his country’s support for the Iran nuclear deal, and called for expansion of bilateral relations between Tehran and Madrid.

In a Wednesday meeting with Iranian Foreign Minister Mohammad Javad Zarif in Tehran, Dastis expressed his satisfaction with visiting Iran and added this is his first visit to the country.

“I hope I would make more visits to Iran in the future,” he noted.

Touching on the nuclear deal between Iran and six world powers, he added as a member of the European Union, Spain remains committed to the deal.

At the end of the meeting, Zarif and Dastis signed Memorandums of Understanding to expand bilateral ties and political consultations. The railway officials of Iran and Spain also inked an MoU on development of cooperation in rail transportation.

Spanish foreign minister arrived in Iran on Tuesday at the head of a high-ranking politico-economic delegation for a two-day visit. He has also held talks with Iranian President Hassan Rouhani on bilateral and regional issues. 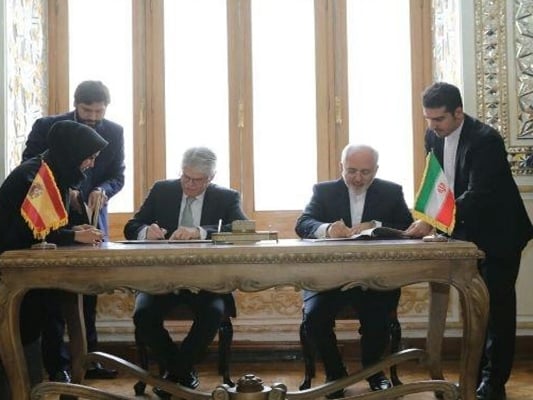