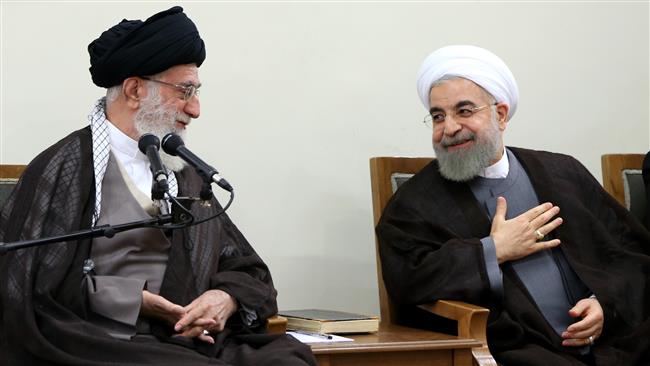 The Supreme Leader has thanked the Iranian nuclear team for their hard work throughout the talks, saying the conclusion of nuclear negotiations constitutes “an important step.”

Supreme Leader of the Islamic Revolution Ayatollah Seyyed Ali Khamenei says some members of P5+1 are not reliable, calling on Iranian authorities to exercise vigilance in the face of possible violation of the recent conclusion of nuclear talks.

Ayatollah Khamenei made the comments in response to a letter by Iranian President Hassan Rouhani on the outcome of the intensive negotiations between Iran and P5+1 – the US, France, Britain, Russia, China and Germany– on Tehran’s nuclear program.

Ayatollah Khamenei said the text of the Joint Comprehensive Plan of Action (JCPOA) must be carefully reviewed and go through the foreseen legal channels, stressing that no room should be given to possible breaches by the opposite sides if the text is approved.

“You are well aware that some of the six states in the opposite side are not trustworthy at all,” the Leader added.

In a letter to Ayatollah Khamenei, the Iranian president hailed Iran’s diplomatic victory in the nuclear talks with P5+1, saying such a victory was achieved when big powers realized that they are not able to hinder the Islamic Republic’s progress in the area of nuclear science and technology.

The Iranian chief executive further expressed gratitude to Ayatollah Khamenei for his unwavering support for the Iranian nuclear team all through the lengthy negotiations, describing the nation’s unity as well as the negotiating team’s commitment to the guidelines set by the Supreme

Leader as the key to the great achievement.

Following 18 days of intensive talks in the Austrian capital city of Vienna over the Islamic Republic’s nuclear program, Iran and P5+1 – the United States, Britain, France, China and Russia plus Germany – reached a conclusion on the Joint Comprehensive Plan of Action (JCPOA) on July 14.

Based on the nuclear conclusion, limits will be put on Iran’s nuclear program in exchange for the removal of all economic and financial bans against Tehran.